Radar is something that is in use all around us, although it is normally invisible. Air traffic control uses radar to track planes both on the ground and in the air, and also to guide planes in for smooth landings. Police use radar to detect the speed of passing motorists. NASA uses radar to map the Earth and other planets, to track satellites and space debris and to help with things like docking and maneuvering. The military uses it to detect the enemy and to guide weapons.

Meteorologists use radar to track storms, hurricanes and tornadoes. You even see a form of radar at many grocery stores when the doors open automatically! Obviously, radar is an extremely useful technology.

When people use radar, they are usually trying to accomplish one of three things:

All three of these activities can be accomplished using two things you may be familiar with from everyday life: echo and Doppler shift. These two concepts are easy to understand in the realm of sound because your ears hear echo and Doppler shift every day. Radar makes use of the same techniques using radio waves.

In this article, we'll uncover radar's secrets. Let's look at the sound version first, since you are already familiar with this concept.

Echo is something you experience all the time. If you shout into a well or a canyon, the echo comes back a moment later. The echo occurs because some of the sound waves in your shout reflect off of a surface (either the water at the bottom of the well or the canyon wall on the far side) and travel back to your ears. The length of time between the moment you shout and the moment that you hear the echo is determined by the distance between you and the surface that creates the echo.

When you shout into a well, the sound of your shout travels down the well and is reflected (echoes) off the surface of the water at the bottom of the well. If you measure the time it takes for the echo to return and if you know the speed of sound, you can calculate the depth of the well fairly accurately.

Doppler shift is also common. You probably experience it daily (often without realizing it). Doppler shift occurs when sound is generated by, or reflected off of, a moving object. Doppler shift in the extreme creates sonic booms (see below). Here's how to understand Doppler shift (you may also want to try this experiment in an empty parking lot). Let's say there is a car coming toward you at 60 miles per hour (mph) and its horn is blaring. You will hear the horn playing one "note" as the car approaches, but when the car passes you the sound of the horn will suddenly shift to a lower note. It's the same horn making the same sound the whole time. The change you hear is caused by Doppler shift.

Here's what happens. The speed of sound through the air in the parking lot is fixed. For simplicity of calculation, let's say it's 600 mph (the exact speed is determined by the air's pressure, temperature and humidity). Imagine that the car is standing still, it is exactly 1 mile away from you and it toots its horn for exactly one minute. The sound waves from the horn will propagate from the car toward you at a rate of 600 mph. What you will hear is a six-second delay (while the sound travels 1 mile at 600 mph) followed by exactly one minute's worth of sound.

Now let's say that the car is moving toward you at 60 mph. It starts from a mile away and toots it's horn for exactly one minute. You will still hear the six-second delay. However, the sound will only play for 54 seconds. That's because the car will be right next to you after one minute, and the sound at the end of the minute gets to you instantaneously. The car (from the driver's perspective) is still blaring its horn for one minute. Because the car is moving, however, the minute's worth of sound gets packed into 54 seconds from your perspective. The same number of sound waves are packed into a smaller amount of time. Therefore, their frequency is increased, and the horn's tone sounds higher to you. As the car passes you and moves away, the process is reversed and the sound expands to fill more time. Therefore, the tone is lower.

You can combine echo and doppler shift in the following way. Say you send out a loud sound toward a car moving toward you. Some of the sound waves will bounce off the car (an echo). Because the car is moving toward you, however, the sound waves will be compressed. Therefore, the sound of the echo will have a higher pitch than the original sound you sent. If you measure the pitch of the echo, you can determine how fast the car is going.

While we're here on the topic of sound and motion, we can also understand sonic booms. Say the car was moving toward you at exactly the speed of sound -- 700 mph or so. The car is blowing its horn. The sound waves generated by the horn cannot go any faster than the speed of sound, so both the car and the horn are coming at you at 700 mph, so all of the sound coming from the car "stacks up." You hear nothing, but you can see the car approaching. At exactly the same moment the car arrives, so does all of its sound and it is LOUD! That is a sonic boom.

The same phenomenon happens when a boat travels through water faster than waves travel through the water (waves in a lake move at a speed of perhaps 5 mph -- all waves travel through their medium at a fixed speed). The waves that the boat generates "stack up" and form the V-shaped bow wave (wake) that you see behind the boat. The bow wave is really a sonic boom of sorts. It is the stacked-up combination of all of the waves the boat has generated. The wake forms a V shape, and the angle of the V is controlled by the speed of the boat.

Up Next
Skipping Stones on Ice Makes Crazy Sci-fi Sounds
Skipping rocks on frozen lakes can make some super sci-fi sounds. HowStuffWork digs into the science behind what's going on.
Explore More 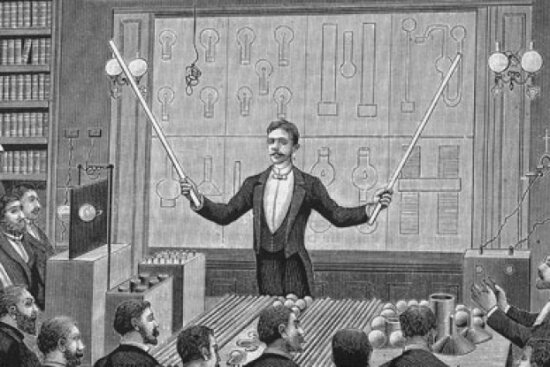 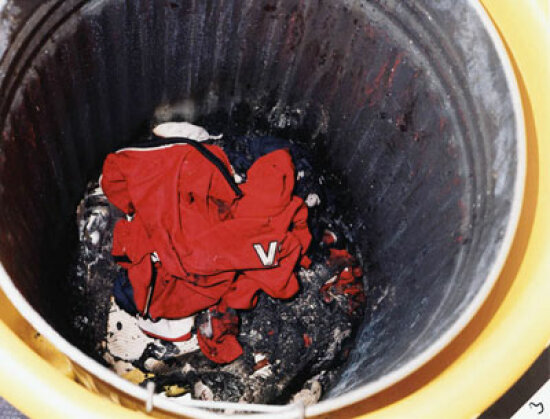 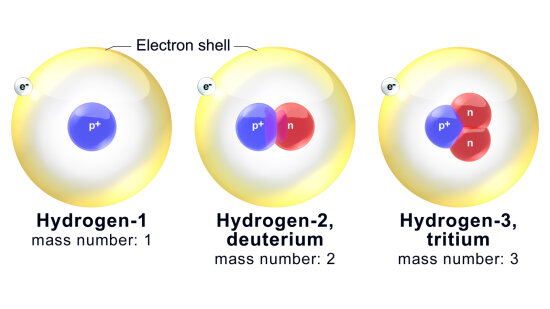