For the first time since 2011, NASA astronauts will once again return to space from U.S. soil. Veteran astronauts Robert Behnken and Douglas Hurley will rendezvous with the International Space Station after they lift off May 27, 2020, from the Kennedy Space Center in Merritt Island, Florida.

To get there, they'll ride a Crew Dragon spacecraft propelled into orbit by a Falcon 9 rocket, both designed and manufactured by SpaceX, the organization founded in 2002 by entrepreneur Elon Musk. If all goes well, this mission will make SpaceX the first private company to put astronauts into space.

News of the flight was broken in April by NASA Administrator Jim Bridenstine. During a series of virtual press conferences held Friday, May 1, Bridenstine — and other key figures representing both NASA and SpaceX — spoke about the Crew Dragon's unprecedented task.

Stretching 357 feet (109 meters) long, the International Space Station is the largest man-made object in Earth's orbit. Crews stationed at the vessel perform a wide range of experiments in low gravity.

The International Space Station owes a great deal to NASA's Space Shuttle program. Green-lit by then-President Richard M. Nixon in 1972, this initiative gave the world its first reusable spacecraft. From 1981 to 2011, NASA sent astronauts into orbit on American-made shuttles. These were often used to transport portions of the International Space Station during its construction.

On July 21, 2011, the space shuttle era came to an end as the Atlantis orbiter returned from its final mission. With the program discontinued, ISS-bound astronauts grew dependent on Russian Soyuz rockets.

Then the law of supply and demand took over. For nearly a decade, no other rockets were capable of sending people to the International Space Station. All astronauts bound for that station had to be launched out of Kazakhstan's Baikonur Cosmodrome, a spaceport leased to the Russian government. And by April 2020, the Russians were charging $86 million to include foreign astronauts in their Soyuz missions.

Another Soyuz rocket launch is scheduled for October, and Bridenstine says NASA is currently in negotiations to book a seat. Nevertheless, it's hoped the SpaceX Crew Dragon will end this spaceflight monopoly.

By now, SpaceX and the International Space Station have a fair bit of history. Using unmanned crafts, the company's delivered supplies to the orbiting laboratory since 2012.

The Crew Dragon aced a dress rehearsal in March 2019 — when it left Merritt Island on the nose of a SpaceX Falcon-9 rocket and autonomously docked with the International Space Station. Five days after its departure, the Crew Dragon returned to Earth, splashing down in the Atlantic Ocean some 142.9 miles (230 kilometers) off Florida's eastern coastline.

But that trip's only passengers were an Earth-shaped plush toy and a dummy named "Ripley." This time we'll get to see how the Crew Dragon fares when real, live astronauts are onboard.

"Dragon will be fully autonomous" said SpaceX crew mission director Benjamin Reed at the May 1 conference. "The expectation is [that] it can carry the crew safely to the station and bring them home without direct intervention."

Even so, Hurley and Behnken are set to take control for a short period and — as explained by NASA deputy manager Steve Stich — "do a little bit of manual flying" before the Crew Dragon docks. They'll be able to guide the vessel using touch screens or physical switches (both options are available) for certain portions of the journey. While aboard, the crew's expected to test out such components as the maneuvering thrusters and environmental control system.

And then we have the spacesuits. Designed by SpaceX, Reed says these wearable wonders are one-piece outfits built to supply the astronauts with oxygen, provide the appropriate temperature and maintain pressure. "The suits also have an integrated communications system so that the crew can communicate through their helmets," he added. The spacesuits plug into the Crew Dragon's chairs when their wearers sit down.

Prepping for COVID-19 and Beyond

Neither Behnken nor Hurley are strangers to low-Earth orbit. Behnken's logged more than 708 hours in space, and Hurley was a member of NASA's last shuttle-era crew back in 2011. But every mission presents its own, unique challenges. Like the rest of the world, NASA, SpaceX and these two astronauts have had to make adjustments during the coronavirus outbreak.

"Obviously with the COVID-19 pandemic, we are taking extra precautions for all teams supporting the launch and all phases of flight," Stich said. Both SpaceX and NASA have implemented social distancing protocols (like keeping the work desks 6 feet, or 1.82 meters, apart) at their respective control rooms.

Meanwhile, the crew's getting a wide berth. "We have minimized contact with [Hurley and Behnken] for weeks now ... a lot of training events have been done virtually," Stich explained. The astronauts will also observe a preflight quarantine from May 16 until the launch May 27.

"It's really about not only Bob and Doug's safety, but it's also about the safety of the crew aboard the International Space Station," said NASA Commercial Crew program manager Kathy Lueders at the conference.

Right now, there are three spacefarers — two Americans and a Russian — living and working aboard the International Space Station. The length of Behnken and Hurley's stay at the facility will be determined at a later date; it could last anywhere from five to 30 days.

When the time to head home arrives, the Crew Dragon should undock autonomously and deliver its human charges to Florida (by way of the Atlantic).

There's a long, proud tradition of civilians gathering near the Kennedy Space Center to witness rocket launches. Unfortunately, NASA is discouraging people from following suit this time, lest they spread or contract COVID-19.

Still, you might want to tune in and watch the launch online. For just the fifth time in history, NASA astronauts will be test-flying a new type of spacecraft. Should Behnken and Hurley complete their mission objectives, we may yet see a golden age of space tourism and innovation — with private industry taking on development roles long adopted by governments.

"This really is the next major step in commercializing low-Earth orbit and having a really vital low-Earth orbit economy in which NASA is one of many customers," said Bridenstine.

How Much Can You Get In Unemployment Benefits?

The Treaty of Versailles: Did the End of WWI Cause the Start of WWII? 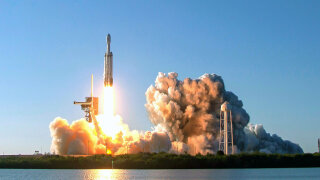 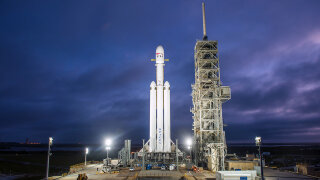 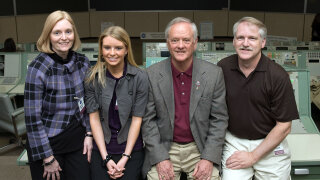