by Kate Kershner Aug 3, 2016
In this photo, you can see Augustine Volcano steaming. The Alaska volcano located in Cook Inlet is part of the notorious ring of fire, as is Mount Tambora, the eruption of which caused the Year Without a Summer in 1816. Chlaus Lotsche/Getty Images

When a butterfly flaps its wings in the Amazon, chaos theory goes, it causes a tornado in Texas. And when the biggest volcanic explosion in human history takes place in Indonesia, Mary Shelley writes "Frankenstein" in Switzerland.

Well, amongst other things. 2016 was the 200th anniversary of the Year Without a Summer, caused by the near-catastrophic environmental changes that occurred when Mount Tambora erupted in April 1815 in Indonesia. The blast killed 10,000 people on the island instantly. A dozen cubic miles of debris were thrown into the atmosphere, in a blast 100 times more powerful than Mount St. Helens.

But it isn't just debris that's flung into the air when a volcano erupts. Gases, including sulfur dioxide, reach the stratosphere. The sulfur dioxide is converted to sulfuric acid, where it can stay in the atmosphere for a couple years. Those acid aerosols act as reflectors that allow less energy from the sun to reach Earth's surface and cooling occurs.

And for the Northern Hemisphere, cool it was. In June, there was 20 inches (51 centimeters) of snow in New England, and the white stuff provided for festive sleigh rides in Virginia. From May to September, it rained 142 out of 153 days in Ireland. A cholera epidemic swept Asia. Crops failed in North America, Europe and China. The American West started enticing failing New England farmers, creating the jumping-off point for a great migration westward.

The dark, miserable weather of 1816 also inspired Lord Byron to suggest to his summer guests in a Swiss villa to try their hand at ghost stories. A young Mary Shelley took to her room with candlelight to pen the beginnings of "Frankenstein."

But let's be clear that the summer-that-wasn't-summer also was part of a larger cooling trend in the early 19th century, and the Southern Hemisphere seemed to be largely unaffected. Still, the no-summer-summer caused significant global ripples.

Now that's Interesting
While we've focused on the global impact, it's important to stress how catastrophic the effects of Mount Tambora's eruption were for Indonesia. An estimated 90,000 people died  on nearby islands — many of starvation, after crops and forests were killed and freshwater was contaminated.

World's Last Woolly Mammoths Were Killed by Thirst, Not Humans

Slithering Medical Robots Could Snake Inside Your Body Some Day 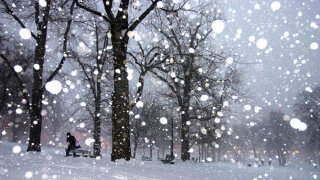 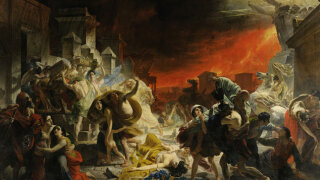 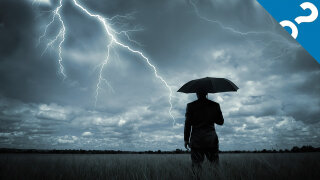