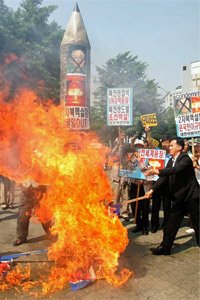 In 2006, North Korea conducted an underground test of a nuclear weapon in its own territory. South Korean reports of seismic activity appeared to confirm the test. With that detonation (not to mention the subsequent 2009 test), North Korea joined the ranks of the world's atomic powers.

The official press release accompanying North Korea's 2006 test stated, "It has been confirmed that there was no such danger as radioactive emission in the course of the nuclear test."

But is it even possible to test a nuclear weapon to its full extent (carrying it through to its final nuclear stage instead of just simulating that final stage using conventional weaponry) without releasing some amount of radiation into the atmosphere? If past instances of nuclear testing are any indication, a safe test is possible, but even under ideal conditions there are no guarantees.

Let's start with a quick look at what happens to produce a nuclear explosion. It occurs when a radioactive atom -- usually either uranium-235 or plutonium-239 -- comes into contact with free-moving neutrons.

What makes these atoms different from most others is that they're fissile and can sustain a chain reaction. Both of these characteristics hinge on the atom absorbing one of those free neutrons. With the addition of this neutron, the atom splits into several pieces, including multiple neutrons. With more and more free neutrons available, more and more atoms start fissioning. Under ideal circumstances, or "critical mass," the fissioning atoms can double the number of neutrons in a contained environment more than 80 times in one microsecond, causing the device to expand with tremendous force. The result is not only a massive explosion but also the release of tremendous amounts of radioactive particles that can spread hundreds of miles, depending on the size of the device.

So we return to the question: Under what circumstances can you detonate this kind of device without causing damage to the surrounding area? For our answer, we'll look to methods that have been used in the past and find out what kind of harm, if any, these nuclear-weapon tests have produced.

Head over to the next page to learn about these testing methods. 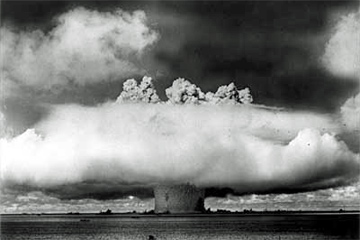 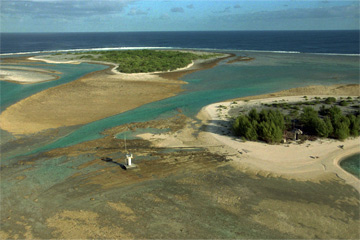 For more information on nuclear testing and related topics, explore the links on the next page.

Find Out More: "Countdown to Zero"