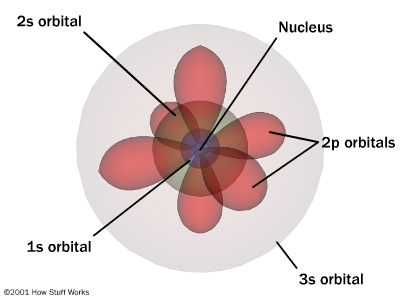 Atoms are in your body, the chair you are sitting in, your desk and even in the air. See more nuclear power pictures.

­It has been said that during the 20th century, man harnessed the power of the atom. We made atomic bombs and generated electricity by nuclear power. We even split the atom into smaller pieces called subatomic particles.

But what exactly is an atom? What is it made of? What does it look like? The pursuit of the structure of the atom has married many areas of chemistry and physics in perhaps one of the greatest contributions of modern science.In this article, we will follow this fascinating story of how discoveries in various fields of science resulted in our modern view of the atom. We will look at the consequences of knowing the atom's structure and how this structure will lead to new technologies.