Your Body Aches Have Nothing to Do With the Weather

by Alia Hoyt Jan 18, 2017
Is the link you feel between the weather and your aching back all in your head? Nacivet/Getty Images

Your grandma may have sworn her arthritis was due to that storm a-brewing. Or perhaps you think your aching back is the fault of the cold weather you've been experiencing lately.

Sorry, folks. Australian researchers recently did a study showing that there is absolutely no relationship between body aches and the weather. When social media basically called them liars and hooligans, they replicated the findings in a new study for good measure.

Researchers from the George Institute for Global Health surveyed nearly 1,000 people dealing with lower back pain and 350 diagnosed with knee osteoarthritis in two separate studies. Weather details from the date of pain onset, as well as a month and a week before the pain appeared, were all compared. Weather data came from the Australian Bureau of Meteorology.

Much to the chagrin of people everywhere, the studies showed zero relationship between those physical ailments and weather conditions like humidity, air pressure, temperature, precipitation or wind direction, reinforcing the results of the institute's 2014 study.

If that's true, why do we always seem to notice our joints throbbing on dreary days? According to researcher Professor Chris Maher, people are simply more likely to remember events that are in line with their pre-existing beliefs. "Human beings are very susceptible so it's easy to see why we might only take note of pain on the days when it's cold and rainy outside, but discount the days when they have symptoms but the weather is mild and sunny," he explains in a press release.

Of course, this revelation doesn't mean your back can't ache on a rainy day. It just means that the rain itself isn't causing it. The researchers suggest that the millions of people suffering from back or osteoarthritic pain remove weather as a causative factor, and instead focus on identifying other triggers, as well as better ways to prevent and manage pain.

Whether this is the final word on the subject remains to be seen. The American Arthritis Foundation cites a 2007 study showing that a drop in temperature and an increase in barometric pressure were both pain triggers for arthritis.

Now That’s Interesting
Don’t let weather totally off the hook just yet! Certain meteorological conditions can trigger migraines in people who are especially sensitive. This is because weather fluctuations can wreak havoc on brain chemicals, like serotonin.

Free Knitted Knockers Are a Boon for Breast Cancer Survivors

Corporal Punishment Continues in U.S. Schools, Despite Its Ineffectiveness 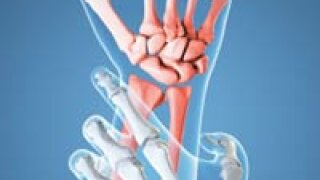 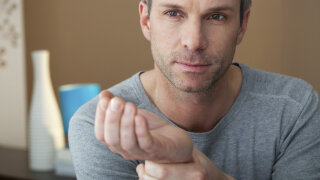 Can you really feel the weather in your bones? 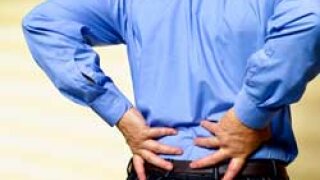 How to Relieve Back Pain