What if a dog eats a chicken bone? 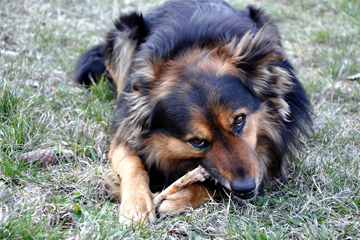 This dog isn't chewing on a chicken bone, which is good, because chicken bones can be dangerous for our canine best friends.
erik1577/ThinkStock

It's a glorious sunny day, the kind that backyard barbecues are made for. On the edge of a picnic table, you've set down a plate of chicken wings cooked to perfection. You head back to the grill since those burgers aren't going to flip themselves, but when you spin back around, that pile of wings is gone. Meanwhile, you notice your faithful dog licking the sauce and seasoning that's stained his lips.

It's time to turn off the grill and call your veterinarian.

While synthetic bones are a teething dog's best friends, chicken bones are a different matter — possibly a deadly one. Dogs can easily swallow these small bones, causing partial or complete blockages of a dog's stomach and intestines and preventing the flow of nutrients. (Gastrointestinal obstructions are fairly common canine problems, mainly because dogs aren't picky eaters.) Chicken bones are also prone to splintering, and the sharp fragments can puncture holes in a dog's bowels [source: WebMD]. As a result, your dog can experience severe abdominal pain and digestive problems, which can become fatal without treatment.

Whether or not you caught Fido in the act, you'll want to watch your dog for telltale symptoms like vomit that smells like feces, diarrhea, bloody stool and constipation. Keep an eye out for more ambiguous warning signs as well, like general sluggishness and yelps when you pick them up. Don't attempt to induce vomiting in your dog; instead, contact your vet right away and warm up the car, because your dog's well being depends on timely treatment.

At the vet's office, diagnosis can be done through an abdominal ultrasound or an X-ray; if there's an obstruction, you'll see gas-filled segments of the gastrointestinal tract [source: WebMD]. Another approach involves an endoscope, a tube placed through the mouth and into the stomach that can be outfitted with a small camera to find the chicken bone fragments and can sometimes accommodate the surgical tools needed to remove them. However, swallowing a larger chicken bone could require extensive abdominal surgery to remove the obstruction, eliminate the blockage and suture an injured bowel [source: WebMD]. You want to have your credit card ready, because none of this comes cheap.

And after your dog gets that first accidental taste of a chicken wing, he might try to come back for more in the future. The simple solution is to keep some distance between your dog's drooling lips and your food, as well as your trash. 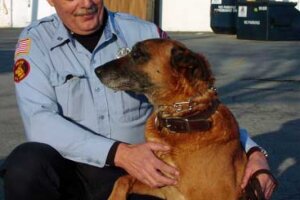 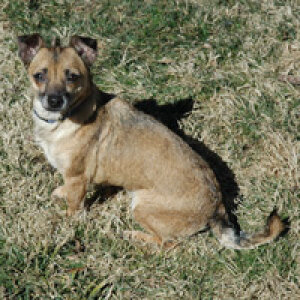 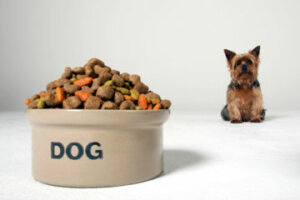 How important is protein in a dog's diet?