What if there were no cockroaches? 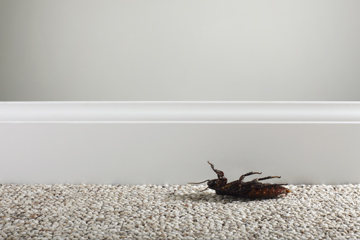 You might not want to curse the cockroach if you like trees and small critters.
Jan Stromme/Getty Images

This question reads like it's straight out of the marketing materials from Paradise — a land with no cockroaches. After all, nobody likes these nasty, home-infecting insects, right? They spread bacteria like Salmonella and Shigella, they leave droppings behind everywhere they walk and they can exacerbate allergies and asthma [source: Rust and Reierson]. All are good reasons to squash them.

But not so fast. Only a few species — out of an estimated 5,000 to 10,000 — are commonly found infesting homes. These pesky critters include Blattella germanica, the German cockroach; Periplaneta americana, the American cockroach or palmetto bug; Supella longipalpa, the brown-banded cockroach; and Blatta orientalis, the Oriental cockroach [source: Rust and Reierson].

Most cockroaches live in warm, tropical climates, happily minding their own business — and staying out of human business. Some of them are even beautiful — no, really — and others glow in the dark [source: Mott]. But if you're still determined to play this game out, then we'd better take a look at what would happen if they all disappeared. Long story short: It's not good.

In tropical forests, cockroaches feed on decaying wood and leaves. And all those droppings they leave behind, well, they're filled with organic debris and nutrients, including nitrogen, which are added back into the soil. Nitrogen is essential to the growth of trees, which are essential to forests — and our own lives, since we use wood products to shelter both ourselves and the animals that we do like. Oh, and speaking of those animals that we like, especially small mammals, birds and reptiles: They feed on cockroaches. And since other animals feed on these small mammals and reptiles, disrupting even this one small link in the food chain could have a widespread effect on the world around us [source: Wolchover].

So next time you're tempted to smash a cockroach before it runs under your refrigerator, consider that it may be helping to refuel a local forest when it isn't hanging around your house.

But trust us: They're in no risk of going extinct any time soon. Cockroaches have been around since before the dinosaurs. In fact, cockroach fossils show they've been around for at least 300 million years — talk about staying power. They really are some of the hardiest creatures around — capable of both withstanding radiation in huge doses (far more than a human can handle) and going without food for up to a month [source: Welcome Wildlife]. So if you catch one skittering about the kitchen floor and do impulsively squash it, don't worry: You haven't doomed these resourceful bugs to extinction just yet. 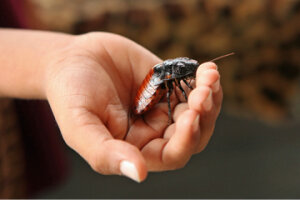 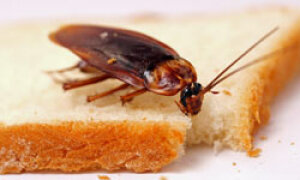