Can Snus Help You Quit Smoking? 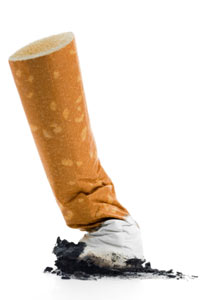 In Sweden, one in five men and one in 25 women use snus [source: Gartner et al.]. Because so many Swedes use snus, Sweden has become a laboratory for tobacco experts to study the role smokeless tobacco products can play in getting people to quit smoking cigarettes. Swedish snus delivers more nicotine to the body than pharmaceutical NRT products like the patch or nicotine gum. (Marlboro and Camel snus have less nicotine, and therefore aren't effective cessation tools.) If it delivers more nicotine than NRT, can it help the most intransigent smokers quit?

The Swedish snus industry seems to suggest it can. According to the European Smokeless Tobacco Council, a trade industry research organization, Swedes consume just as much tobacco as the rest of the European Union, but they smoke less and suffer less tobacco-related illnesses and deaths as a result. Despite the high numbers of people who use snus, tobacco-related mortality in Sweden is among the lowest in the developed world. Any traveler in Europe can tell you how much Europeans smoke: Across the EU, 30 percent of men smoke, and 22 percent of male deaths are from smoking-related diseases. In contrast, in Sweden less than 12 percent of men smoke and 8 percent of deaths are related to smoking. As a result, Swedes are healthier and live longer. In 2000, the risk of a 35-year old man in Sweden dying from a smoking-related illness before the age of 70 was 3 percent, compared with 9 percent on average for all EU nations.

Cigarette smoking has plummeted in Sweden in the last 30 years, while the use of snus has risen dramatically. A study that looked at smoking rates among Swedish men found that between 1976 and 2002, daily smoking dropped from 40 percent to 12 percent, while snus use doubled from 10 to 20 percent in that same time period [source: Foulds et al.].

A large percentage of the smoking quitters switched to snus instead. The same study found that 71 percent of daily smokers who also use snus were able to quit smoking, compared to 54 percent of non-snus users. Sixty-two percent of men who quit smoking reported using snus as a cessation aid. This contrasts with only 38 percent who said they used NRT products. In other words, Swedish snus got people to quit smoking more than nicotine gum, the patch and other tools designed for that purpose.

In spite of these findings, snus is banned in the EU and Australia. Legislators there consider snus a "gateway" product that could lead people to smoke. Critics of snus point out that promoting the product could undermine existing tobacco control strategies, such as public bans, advertising restrictions and high sales taxes. They refer to the experience of so-called light cigarettes, which the tobacco industry promoted as safer products when they were first introduced in the 1960s and '70s. Subsequent research has shown that smokers of light cigarettes suffer the same rates of illnesses as other smokers. They observe that it's better policy to get people to quit smoking by weaning them off tobacco using proven pharmaceutical methods rather than replacing one product with another.

While snus helped many Swedes quit smoking, American snus, with lower levels of nicotine than nicotine replacement therapy, likely won't do the same. There's plenty more on the health impact of smoking and smokeless tobacco in the next section.