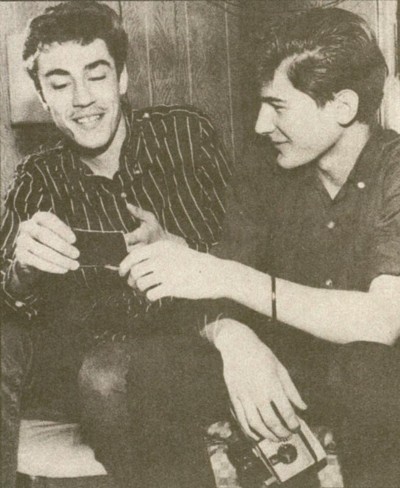 Four "UFO" pictures taken in 1967 by Michigan teenagers Dan and Gram Jaroslaw were reprinted all over the world. The two eventually admitted that the object was a model suspended from the branches of a tree.
Fortean Picture Library

Check out these articles to learn more about UFO hoaxes, hoaxsters, and crackpot theories about alien life:

In 1897, a famous Cow Abduction story took hold across the United States and even in Europe, and the tall tale held until the 1970s.

Richard Sharpe Shaver was a popular writer and contactee who heard aliens talking through his welding equipment.

Bob Lazar claimed to have studied alien hardware at Area 51.

The Maury Island Incident is known as the "dirtiest hoax in UFO history" for it's cross-cutting involvement of celebrities like Kenneth Arnold, Ray Palmer, and several government officials.

Mon-Ka of Mars is one of the most famous aliens who has psychically communicated with humans since the 1950s.

George Adamski was an occult leader, and one of the most popular and most controversial of all UFO contactees.

Ashtar is one of the most powerful aliens in the universe... and he has blue eyes.

The Straith Letter was forged on government stationery, encouraging UFO contactees in their research.

Howard Menger was a space communicant who even released an album of interplanetary music.

Ever seen a Naked Alien? There have been several reports over the years of extraterrestrials arriving on Earth sans spacesuits.

The 1884 Nebraska UFO Crash caused quite a stir in the Midwest, making news in local and state papers until the craft mysteriously dissolved.

Star People are human-appearing aliens who live on Earth to prepare for the arrival of their brethren.

Men in Black are dark agents thought to be in contact with UFOs. Who do they work for?

The Men in Black Encounter is the famous story of the meeting that "Michael Elliot" had with a mysterious stranger.

John Lear is a pilot and "Dark Side" conspiracy theorist.

Otis Carr was known for marketing an exotic spaceship in the 1950s.

Want to learn more about UFOs and aliens? Take a look at these: