by Mark Mancini Dec 21, 2017
Do the Pentagon and U.S. Department of Defense have proof we aren't alone? Sherri Lynn Herrmann/EyeEm/Getty Images

"Keep watching the skies!" That's the last line uttered in "The Thing from Another World," a 1951 sci-fi classic. Released by RKO Radio Pictures, the movie is about an Unidentified Flying Object — or UFO — that turns out to be an alien spacecraft.

Flying saucers were constantly making headlines in those days. During the late 1940s and early 1950s, postwar America went through a surge of reported UFO sightings. In response, the U.S. Air Force created a couple of short-lived programs called "Project SIGN" and "Project GRUDGE" to look into the phenomenon. These were followed up by "Project Blue Book," a large-scale government study that lasted from 1952 to 1969.

Ordered into existence by Major General Charles P. Cabell (a former director of intelligence at the Air Force), Project Blue Book painstakingly gathered 12,618 reports about UFOs. After it was determined that the overwhelming majority of these had natural explanations — and there wasn't enough data to evaluate the others properly — support for the effort dwindled.

Officially, Project Blue Book was terminated in December 1969. But did the U.S. government's interest in aerial aberrations die with it? Evidently not. Because we learned in mid-December 2017 that the Pentagon launched yet another UFO research program in the late 2000s.

The story was broken on Saturday, Dec. 14, 2017 by near-simultaneous reports that appeared in Politico magazine and The New York Times. According to unclassified documents obtained by the press, a total of almost $22 million was quietly spent over a four-year period on a project dubbed The Advanced Aviation Threat Identification Program (AATIP).

Who was the major driving force behind its creation? That would be the now-retired Senator Harry Reid, a Democrat from Nevada. One of Reid's repeat campaign contributors was businessman Bob Bigelow, a fellow Nevadan who owns the Budget Suites of America hotel chain — as well as a startup called Bigelow Aerospace, which develops space station modules. He's also a huge UFO enthusiast. In a "60 Minutes" interview in May 2016, Bigelow said that he believes extraterrestrial visitors have maintained a "presence" on planet Earth.

Reid himself has a fascination with cosmic mysteries; according to one of his former spokeswomen, this fact is obvious to anyone who's ever talked to the retired senator "for [over] 60 seconds."

At some point in 2007, Bigelow was reportedly visited by a Defense Intelligence Agency official who expressed an interest in his UFO research. As an anonymous ex-congressional staffer told Politico, there was some concern at the time that the Chinese or Russians might be developing experimental new aircraft that could conceivably pose a threat to America's national security.

Bigelow later told Reid about the visit, prompting the senator to contact the DIA. When Reid learned the agency was interested in setting up a new, government-funded UFO program, he decided to lend a hand. To get the project started, Reid approached the late senators Daniel Inouye, a Democrat from Hawaii, and Ted Stevens, a Republican from Alaska. It was an easy sell; Stevens was particularly enthusiastic about the idea because he claimed to have once been tailed by some unrecognizable aircraft during his service as an Air Force pilot in World War II.

Using the Pentagon's classified programs budget, Reid, Inouye and Stevens secretly set some money aside for the upstart AATIP. The bulk of the cash went to Bigelow Aerospace, which used it to finance research and hire subcontractors on the government's behalf. With the company's guidance, a few buildings in Las Vegas were converted into storage facilities for objects with alleged ties to UFO-related incidents.

The job of heading AATIP fell to one Luiz Elizondo, an intelligence officer with the Department of Defense. Although many aspects of the program remain classified, we do know that its staffers and contractors put together an as-yet unreleased 490-page report chronicling several decades' worth of UFO sightings in the United States and elsewhere. What's more, the initiative rounded up "video and audio recordings" from supposed encounters between human onlookers and mysterious airborne objects.

AATIP started receiving taxpayer funds late in 2008. The following year, Senator Reid attempted to upgrade the program's level of security, but his efforts failed. Then, in 2012, the Pentagon cut off AATIP's cash supply altogether. According to Pentagon spokeswoman Dana White, "It was determined that there were other, higher priority issues that merited funding and it was in the best interest of the [Department of Defense] to make a change."

Yet some sources claim that the Pentagon is still quietly investigating new UFO reports made by those in the armed forces. If this is true, then AATIP may continue to exist in some form, despite its current lack of financial support.

For his part, Elizondo felt the initiative wasn't getting enough respect within the DOD. After 22 years of service, he resigned from the Pentagon in October 2017. Before he left, however, Elizondo persuaded his colleagues to release three formerly secret videos to the public. These were raw footage taken by cockpit cameras in U.S. fighter jets and appear to show strange objects traveling through the atmosphere at high rates of speed.

To Elizondo, the evidence suggests that, in his own words, "we may not be alone, whatever that means."

Meanwhile, a number of scientists have given more skeptical assessments. Astrophysicist Johnathan McDowell says the object in one of these newly released videos is probably some sort of reflection. Despite Elizondo's cryptic statements, Sara Seager of M.I.T. was quick to remind The New York Times that unidentified shapes in the sky aren't necessarily extraterrestrial vessels. And furthermore, astronomer Seth Shostak believes the decision to include Bigelow — someone with firm, pre-existing views on alien visitations — raises doubts about the program's objectivity.

Are we alone in the universe or not? Humanity doesn't have nearly enough data to answer that question. All we can do right now is keep our minds sharp and our eyes skyward.

Not That's Interesting
Roswell, New Mexico is mainly associated with a UFO crash-landing that supposedly took place there in 1947. But did you know that this city was also the longtime home of legendary scientist Robert Hutchings Goddard, who had previously launched the world's first liquid-fueled rocket?

Wine Glasses Have Doubled in Size Since the '90s

How New Zealand Became the Home of Extreme Sports 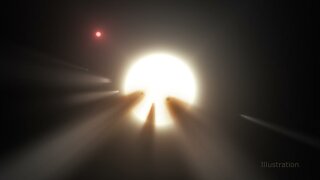 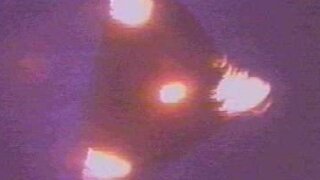 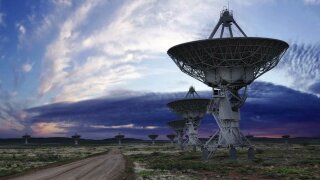 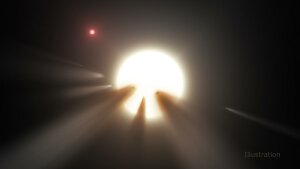 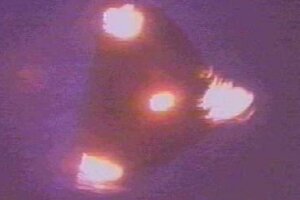