by Diana Brown Dec 19, 2017
Will we ever find all of the answers to the myriad of questions regarding UFO sightings? Ann Cutting/Getty Images

For eons, people have been reporting sightings of strange objects in the sky — unidentified flying objects. They've occupied people's imaginations so much they've spawned entire genres of fiction, film and fantasy. But so far, no eyewitness account of a UFO has been satisfactorily proven to be alien. So if these objects aren't extraterrestrial, what are people seeing in the skies, and would determining where the most frequent sightings occur provide clues? That's what the guys at Stuff They Don't Want You To Know wondered, too, and Ben Bowlin, Matt Frederick and Noel Brown wanted to tackle in this episode: Where are the world's most frequent UFO sightings?

Reports vary on when the first reported UFO sighting in North America really was. Some claim it was in Portland, Oregon in 1905, while others say Massachusetts Bay Colony founder John Winthrop wrote about seeing UFOs in the skies above 17th-century Boston. One thing is certain: There have been more than 120,000 reported sightings since the early 20th century, according to the National UFO Reporting Center (NUFORC), and a massive spike in reportings since the 1980s. That decade there were around 5,000 sightings; in 2010 it jumped to 45,000.

What could have caused such a sharp increase? And more importantly, where are they happening? Apparently, UFO sightings are much more common in the United States and Canada, with 2,500 sightings per 10,000 people. The most sightings have been in California, which has reported 16,000 since 2001.

Why California? Could it because Tom DeLonge from Blink-182 lives there, like Noel says? Maybe, but more likely, it has something to do with the state's sheer size; with 34 million residents, it's so large that splitting it into two or even three new states has been proposed several times. It also boasts a huge coastline, well-situated to observe strange lights or objects hovering out over the ocean.

California also has significant ties to the U.S. government (and we all know how shady Big Brother is about some things, especially alien research). The state is home to 50 known military bases, and perhaps several secret ones as well, not to mention it borders Nevada, where the government has millions of acres of testing facilities. Could some, or even all, of these sightings be from secret tests of military — or private sector — technologies?

And speaking of technology — we have a lot of gadgets these days. Is it possible that something as ordinary as a drone is mistaken for a UFO? They have blinking lights, and some can fly as high as 23,000 feet (7,010 meters) into the air. Two-and-half-million drones were sold in 2016 alone, making them an important consideration when analyzing UFO sightings.

These ideas may provide some solutions to a puzzling problem, but UFO sightings date back to antiquity, and there's still so much we don't know. Get beamed up (yes, we went there) with Matt, Ben and Noel to see what they think about the latest UFO data. Could UFOs simply be government technologies like stealth planes, high altitude surveillance crafts and zeppelins, or flying "craft" like hot-air balloons or Chinese lanterns? If not, are these sightings really our galactic neighbors trying to find a way to say hello? You'll have to listen to the podcast to see what the guys have to say.

'The Last Jedi' Leaves No Time to Mourn Han Solo

Can You Hear Something That Doesn’t Make a Sound? 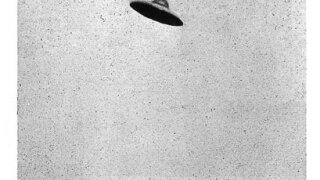 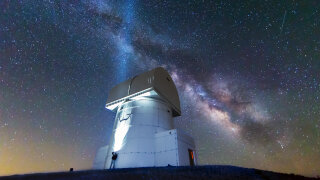