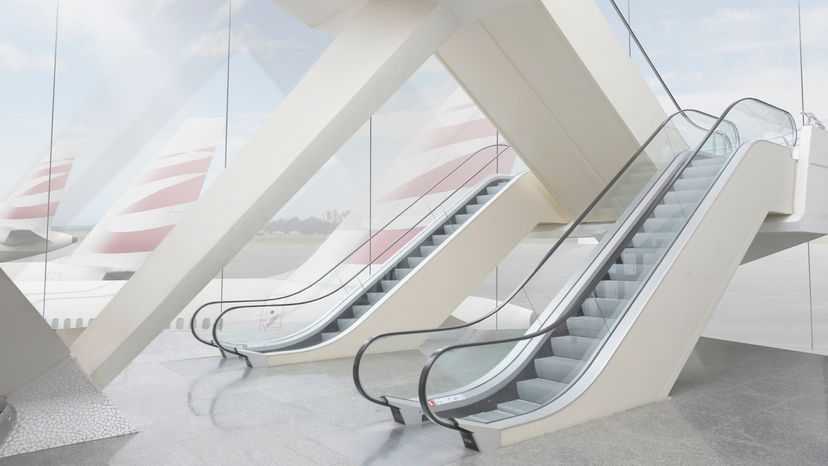 The steps of an escalator ride on a rotating chain assembly. Matt Bird / Getty Images

­Escalators are one of the largest, most expensive machines people use on a regular basis, but they're also one of the simplest.

At its most basic level, an escalator is just a simple variation on the conveyer belt. A pair of rotating chain loops pull a series of stairs in a cons­tant cycle, moving a lot of people a short distance at a good speed.

In this article, we'll look inside an escalator to find out exactly how these elements fit together. While it is exceedingly simple, the system that keeps all the steps moving in perfect synchrony is really quite brilliant.

Early escalators were known by a variety of names, including "travelling staircase," "inclined elevator" and "magic stairway." Around 1900, Charles Seeberger, who designed the forerunner of the modern escalator, came up with the name that finally stuck. His term "escalator" is a combination of "elevator" and "scala," the Latin word for steps. 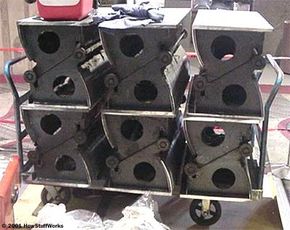 The individual steps from an escalator

The core of an escalator is a pair of chains, looped around two pairs of gears. An electric motor turns the drive gears at the top, which rotate th­e chain loops. A typical escalator uses a 100 horsepower motor to rotate the gears. The motor and chain system are housed inside the truss, a metal structure extending between two floors.

Instead of moving a flat surface, as in a conveyer belt, the chain loops move a series of steps. The coolest thing about an escalator is the way these steps move. As the chains move, the steps always stay level. At the top and bottom of the escalator, the steps collapse on each other, creating a flat platform. This makes it easier to get on and off the escalator.

Each step in the escalator has two sets of wheels, which roll along two separate tracks. The upper set (the wheels near the top of the step) are connected to the rotating chains, and so are pulled by the drive gear at the top of the escalator. The other set of wheels simply glides along its track, following behind the first set.

The tracks are spaced apart in such a way that each step will always remain level. At the top and bottom of the escalator, the tracks level off to a horizontal position, flattening the stairway. Each step has a series of grooves in it, so it will fit together with the steps behind it and in front of it during this flattening.

­In addition to rotating the main chain loops, the electric motor in an escalator also moves the handrails. A handrail is simply a rubber conveyer belt that is looped around a series of wheels. This belt is precisely configured so that it moves at exactly the same speed as the steps, to give riders some stability.

The escalator system isn't nearly as good as an elevator at lifting people dozens of stories, but it is much better at moving people a short distance. This is because of the escalator's high loading rate. Once an elevator is filled up, you have to wait for it to reach its floor and return before anybody else can get on. On an escalator, as soon as you load one person on, there's space for another.

To learn more about escalators, check out the links on the next page. 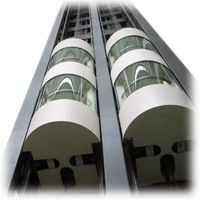 Up Next
How Elevators Work
Explore More 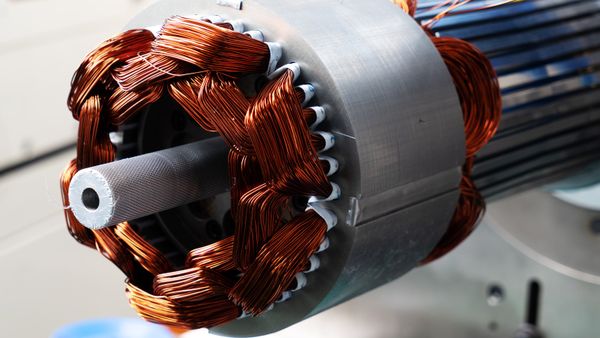 You May Like
How Electric Motors Work
Explore More