Tsar Bomba: The Most Powerful Nuclear Weapon Ever Built

Tsar Bomba, the largest and most powerful nuclear weapon ever created, shown here in a photo from the Russian Atomic Weapon Museum in Sarov, was detonated in the Novaya Zemlya archipelago in October 1961. TASS/Getty Images

On October 30, 1961, a specially equipped Soviet Tu-95 bomber flew toward Novaya Zemlya, a remote chain of islands in the Arctic Ocean that the U.S.S.R. frequently used as a site for nuclear tests, accompanied by a smaller plane equipped with a movie camera and instruments for monitoring air samples.

But this wasn't just a routine nuclear test. Attached to the underside of the plane was a thermonuclear bomb that was so big it wouldn't fit inside the normal interior bomb bay. The cylindrical device was 26 feet (8 meters) long and weighed nearly 59,525 pounds (27 metric tons).

The device had the prosaic official name of izdeliye 602 ("item 602"), but it's gone down in history with the nickname of Tsar Bomba – the Russian way of calling it the emperor of bombs.

That name was no exaggeration. Tsar Bomba's yield is estimated to have been roughly 57 megatons, about 3,800 times the power of the 15 kiloton atomic bomb that destroyed Hiroshima in 1945. On that day in 1961, it was released on a parachute in order to slow its descent and give the bomber and its crew a chance to escape.

When the giant bomb finally detonated about 13,000 feet (4 kilometers) over its target, the blast was so powerful that it destroyed everything within a nearly 22-mile (35-kilometer) radius, and generated a mushroom cloud that towered nearly 200,000 feet (60 kilometers).

After being largely forgotten for many years, Tsar Bomba was back in the news in August 2020, when Russian state nuclear power company Rosatom posted on YouTube a vintage film that showed an aerial view of the explosion and the towering cloud it created:

One of the cameramen who recorded the event described the bomb as creating "a powerful white flash over the horizon and after a long period of time he heard a remote, indistinct and heavy blow, as if the Earth has been killed." The blast was so powerful that its shock wave caused the Tu-95 to immediately drop 3,281 feet (1 kilometer) in altitude, though the pilot regained control and got the plane back to its base safely.

Why Did the Soviets Want Such a Humongous Bomb?

Tsar Bomba's test was symbolic of the escalating tensions between the Soviets and the U.S., after a June 1961 summit in Vienna between Soviet leader Nikita Khrushchev and U.S. President John F. Kennedy went badly. Khrushchev apparently decided to take out his frustrations by showing off Soviet military prowess, including ending the informal moratorium on nuclear testing that both countries had maintained since the late 1950s.

The resumption of testing gave Soviet weapons researchers a chance to try out an idea they had for building a giant H-bomb, one that was far bigger than the most powerful weapon in the U.S. arsenal.

In the frightening logic of all-out nuclear war, having a high-yield H-bomb did make some sense theoretically. At the time, missiles capable of striking at distant countries were still in their infancy, and the Soviet Union didn't have many strategic bombers, according to Nikolai Sokov, a Vienna-based senior fellow affiliated with the James Martin Center for Nonproliferation Studies at Middlebury Institute of International Studies at Monterey, in California. The U.S., in contrast, had a variety of aircraft that could strike from bases conveniently close to Soviet territory.

"Hence, if you can deliver only one, two or three bombs, they better be very powerful," Sokov explains via email.

But the Soviet researchers pushed that idea to an extreme. Originally, they envisioned a 100-megaton weapon with a high level of radiation, but settled for one of slightly more than half that much explosive power, after the U.S.S.R.'s political leadership expressed worries about contamination from such a blast.

"As a result, fallout was very limited – much more limited than one could expect," Sokov said. "The shock wave was really strong, however – it circumnavigated Earth three times."

Even so, Japanese authorities found the highest level of radiation in rainwater that they'd ever detected, and an "invisible cloud of radioactive ash" that drifted eastward across the Pacific, and then crossed Canada and the Great Lakes region of the U.S. But U.S. scientists reassured the public that most of the debris from Tsar Bomba would stay high in the stratosphere and gradually lose its radioactivity by the time it fell to Earth.

Too Big to Be Afraid Of

Tsar Bomba made headlines in the U.S., but government officials weren't that impressed by the nightmarish display of nuclear destruction. As aviation journalist Tom Demerly has written, the U.S. had concentric rings of defenses, from early warning radar to fighter aircraft and surface-to-air missiles, that would have made it difficult for a Soviet bomber to succeed in a first strike. And a device as massive as Tsar Bomba was dangerous to the aircraft that dropped it — so much so that the Tu-95 crew had been given only a 50-50 chance of survival.

The U.S. "looked into the big bomb option and decided no," Robert Standish Norris, a senior fellow for nuclear policy at the Federation of American Scientists, explains via email. Theoretically, he says, "there is no limit on how big a hydrogen bomb can be. If ever used [Tsar Bomba] would clearly kill a lot more people. Accuracy became an option and if you improve it by half you can cut the yield by a factor of eight. This is what we did and the Soviets followed."

"Everybody understood that it is too big to be a practical weapon," Pavel Podvig explains in an email. He's a longtime nuclear weapons analyst who's worked with the United Nations and national security studies programs at Princeton and Stanford universities and operates the website Russianforces.org. "From the point of view of destructive power, it is more efficient to use several smaller weapons than one large one."

Tsar Bomba ended up being a macabre curiosity of the nuclear age. "No additional devices of this kind were built," Podvig says.

Instead, the U.S.S.R. went in a different direction. A few years after the Tsar Bomba test, Soviet missile designers achieved a major breakthrough with liquid fuel, opening the way to produce strategic missiles that could be kept ready for launch for extended periods and hidden in protected silos.

"About 1964-65, the Soviet Union decisively turned toward an emphasis on ICBMs [intercontinental ballistic missiles, which can carry several warheads, each of which will strike a different target], which typically amounted to about 60-65 percent of its strategic force until about the mid-1990s, when it declined to roughly 50 percent," Sokov explains. By the 1970s, only 5 percent of the Soviet nuclear arsenal was in the form of bombs that could be dropped by aircraft.

The Soviets informed the U.S. beforehand of their intention to test a 50-megaton nuclear bomb. In a speech just a week before the blast, U.S. Deputy Secretary of Defense Roswell Gilpatric suggested that the bomb wasn't intended to intimidate the U.S., but to send a message to the Soviet Union's restless ally China. "Perhaps this is also the Soviet Union's answer to the discordant voice from its populous neighbor to the south," he said. 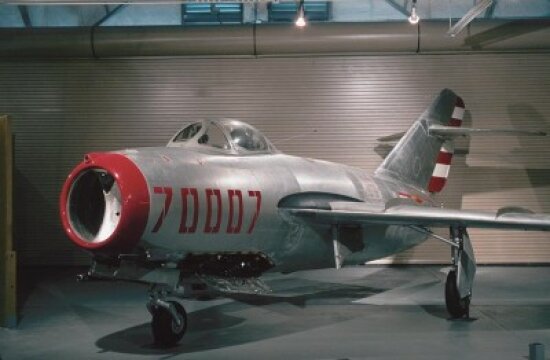 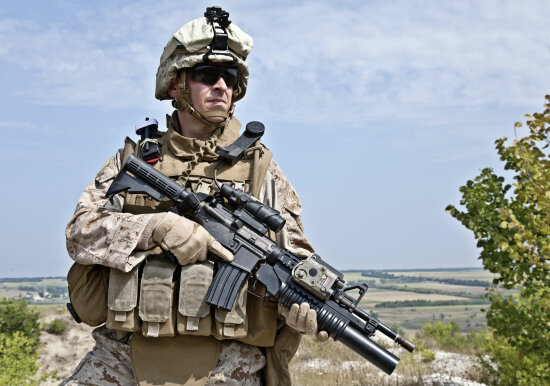