5 Secrets About the Soviet Space Program

by Clint Pumphrey
After the Soviet Union launched Sputnik I in 1957, the space race was on, as was an era of secrecy that dominated the United States and Soviet Union as the countries battled for superiority in Earth’s orbit and beyond. Bettmann/Getty Images

It was Oct. 4, 1957, and all eyes were on the sky. That's when the Soviet Union launched Sputnik I, a 184-pound (84-kilogram), beach-ball-sized sphere trailing four spindly antennas behind it. The dim glint from its polished metal surface would have been awe-inspiring had it not been during the early throes of the Cold War when the Soviets and the United States were having a nuclear-fueled staredown. Instead, it was terrifying. Americans worried that Sputnik's success meant it was only a matter of time until their archenemy would soon use the new technology to obliterate them with space nukes. In January 1958, the Americans countered with their own satellite, Explorer I, and the Space Race was on [source: Garber].

Secrecy was of the utmost importance for the two countries as they battled for superiority in Earth's orbit and beyond. Neither superpower wanted the other to know too much about what they were doing, lest their secrets be revealed. The Soviets, however, made tight lips a national pastime, denying not only specific events (often failures), but also entire programs. It was only after the Soviet Union collapsed in 1991 that the rest of the world found out some of what their space program was up to all those decades. There are certainly things nobody knows for sure, but here are a few things that are definitely true.

5: How Laika the Dog Died

The Soviets launched Laika the dog into space, but weren't truthful about how the mutt died on her fateful mission. Keystone-France/Gamma-Keystone via Getty Images

It was never a secret that Laika, the first living creature into orbit, died during her mission. The secret was how she died.

Laika, a stray mutt from the streets of Moscow, was aboard Sputnik 2 when it blasted off in November 1957. The mission was an astonishing success for the Soviet Union, which had just one month earlier become the first country to send a satellite into space. Not only did they manage to launch a second satellite while the Americans were still scrambling to launch their first, but the Soviets also put the first living creature into orbit. The news wasn't so good for Laika, though: Shortly after launch the Soviets announced she would not return from her pioneering mission. For decades, they insisted she died painlessly several days after the launch.

It wasn't until a 2002 presentation by Dr. Dimitri Malashenkov of the Institute for Biological Problems in Moscow that the world learned the truth — and it was grim. As it turns out, very little about the process was painless for Laika. To prepare her for the tight quarters aboard Sputnik2, she had been crammed in increasingly smaller cages for 15 to 20 days at a time. Once aboard, she was chained she couldn't turn around. And although the craft was equipped with a cooling fan, a carbon dioxide absorber and an oxygen generator for Laika, the intensity of spaceflight proved to be too much. She died from overheating and stress a mere five to seven hours into the mission [source: Whitehouse].

Italian brothers claim to have made recordings of Russian cosmonauts perishing in space, although the Soviets never acknowledged the existence — of the recordings or the astronauts. Keystone-France/Gamma-Keystone via Getty Images

The story goes like this: In the 1950s and 1960s, the Soviet Union covered up the deaths of several cosmonauts killed during failed attempts to launch them into Earth's orbit. These alleged accidents preceded the flight of Yuri Gagarin, who is recognized as the first person to journey into space on April 12, 1961. What makes these accounts particularly enticing, however, is a series of recordings made by amateur radio operators Achille and Giovanni Battista Judica-Cordiglia. From their post in northern Italy, the brothers claimed to have captured the cosmonauts' last moments alive as they orbited the planet on their death mission. The cries for help were the stuff of Hollywood action movies.

Before you get too excited, it's important to note that the claims about the astronauts' deaths were thoroughly investigated by U.S. journalist James Oberg, and he found no evidence to support them. But the shroud of secrecy that surrounded the Soviet space program makes them seem enticingly possible. After all, the Soviets did cover up astronaut deaths — notably that of Valentin Bondarenko in 1961. During pre-flight training Bondarenko accidently set himself on fire, an incident the country did not acknowledge until 1986. So did Soviet cosmonauts die in the quest to become the first humans in space? If so, it's a really well-kept secret [source: Adams].

3: Was Russia Going to the Moon?

It wasn't until 1989 that the world discovered the Soviets had an in fact been trying to go to the moon. The only thing they lacked? Rockets. Found Image Holdings/Corbis via Getty Images

"We choose to go to the moon this decade," said President John F. Kennedy to a crowd assembled at the sweltering Rice University football stadium on Sept. 12, 1962, "and do the other things, not because they are easy, but because they are hard...." With those words, there was no doubt about the United States' intention to land a man on the moon. But as the Americans ramped up their lunar program, the Soviets seemed unimpressed, calling the lunar missions risky and worthless while insisting they were focusing on the development of space stations. It left some wondering: Was the Space Race even a race at all?

As it turns out, it was a race — but the world didn't know for sure until 1989. That's when the Soviets let a group of U.S. scientists tour relics of the communist country's manned lunar program dating from the 1960s and 1970s. Among the equipment was an advanced lunar-landing craft and Earth-return module, indicating not only that the communist nation had a lunar program, but that they were actually quite serious about it [source: Wilford]. The Soviets might have even beaten the U.S. to the moon except for one problem: the rockets. They just didn't have the power to launch equipment with the complexity needed for a moon landing. Tests flights produced mixed results, and in the face of several American successes, the Soviets scrapped the program in the 1970s [source: Hardigree].

There was a time when the Soviets had guns in space capable of hitting targets up to 2 miles away — and they actually fired it. Found Image Holdings/Corbis via Getty Images

That was the idea the Soviet Union had to defend their Almaz space stations, which were their secret manned spy outposts. See, when the three Almaz missions launched in the 1970s, the Soviets had long worried that the Americans were developing anti-satellite weapons. They needed something for self-defense.

Enter the R-23M Kartech, the space version of a gun originally developed to take out fighter jets from the back of Soviet bombers. It could fire 950 to 5,000 14.5-millimeter rounds per minute at a velocity of 1,500 miles per hour (2,414 kilometers per hour), hitting targets as far as 2 miles (3.2 kilometers) away. In defiance of international law, which prohibits the militarization of space, the gun was secretly mounted on the Almaz 2 space station, which launched in 1974 [source: Atherton].

Only after the fall of the Soviet Union in 1991 did the world discover that they actually had test fired the R-23M — in space — on Jan. 25, 1975. For safety reasons Soviet ground control waited until the last crew departed the station and, while simultaneously firing the jet thrusters to counteract recoil, they unloaded a few bursts of maybe 20 shells in total [source: Zak].

One of the first examples of online espionage involved the Soviets hacking into the U.S. government databases to get information on its space shuttle program. Sovfoto/UIG via Getty Images

Most people are familiar with the U.S. version of the space shuttle, the reusable spacecraft with the iconic white-and-black paint job. But did you know that the Soviet Union had a space shuttle, too?

When the Soviets caught wind of the American's shuttle program in the 1970s, they worried that the new vehicle was intended to bring the arms race to space. In true Cold War fashion, they began stealing American research for the craft, which, surprisingly, wasn't classified. By the 1980s, however, the Reagan administration made it harder to obtain, so the Soviets then turned to hacking early government, university and commercial computer databases. It was one of the first examples of online espionage [source: Windrem].

The Soviets' secret spy program led to the development of their own shuttle, Buran. Despite a nearly identical appearance to the U.S. space shuttle, Buranhad some key differences that some experts believe made it better. Although none of its engines were reusable (unlike the American craft, which had three engines built into its tail), Buran had a superior rocket system capable of carrying an astonishing 95 tons (86 metric tons) of cargo compared to the space shuttle's 29-ton (26-metric-ton) capacity. It was even capable of flying completely by remote control [source: Zak, "Better Space Shuttle"].

So if Buran was so great, what happened to it? Well, the shuttle didn't make its first flight until 1988, a time of great political turmoil in the Soviet Union, which ultimately collapsed in 1991. Russian President Boris Yeltsin canceled the program in 1993 before it ever took a second flight [source: Handwerk]. 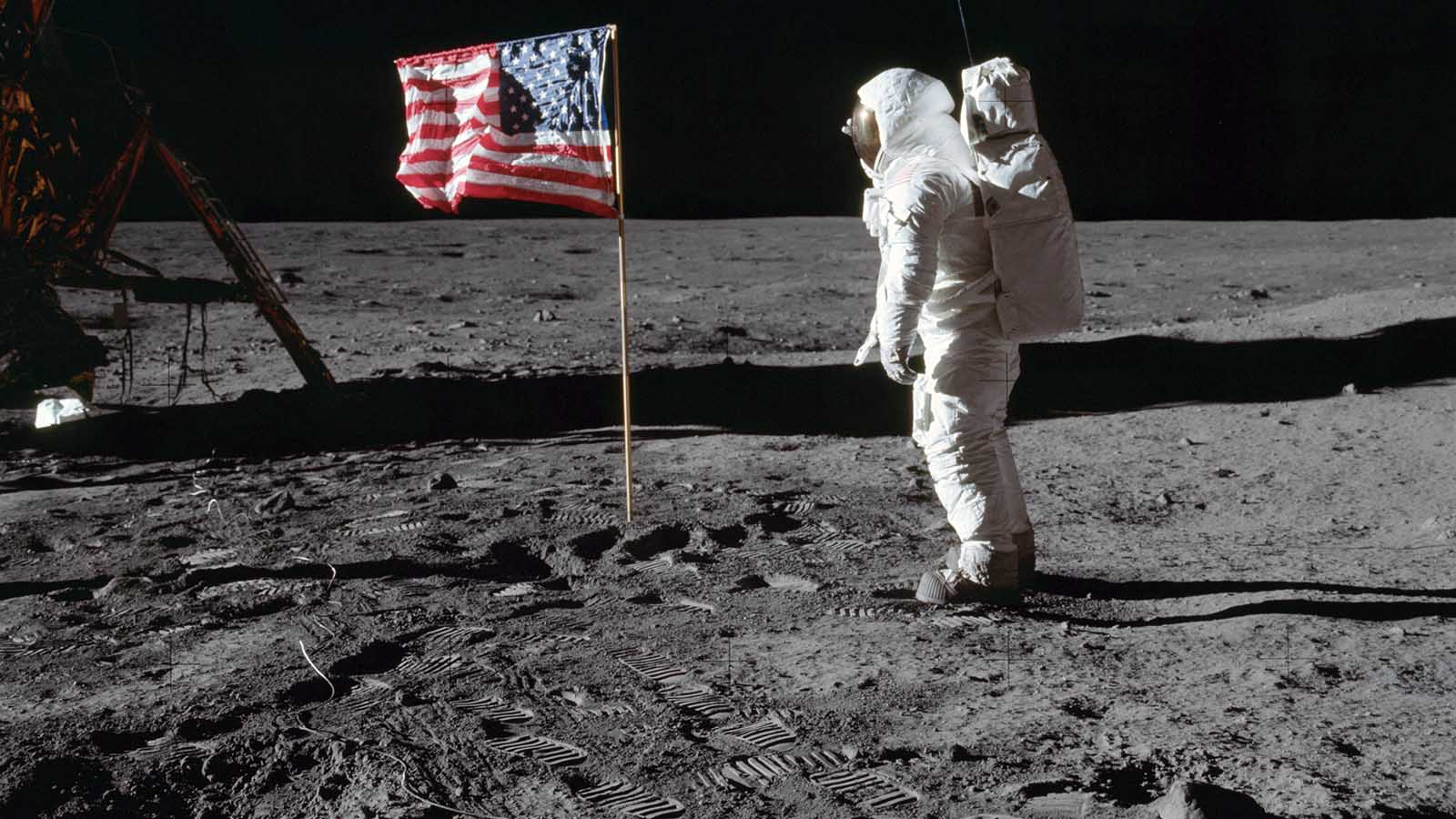 Researching the Soviet space program reveals a climate of intense secrecy that often served to cover up some pretty miserable failures. But it also reveals just how many successes the Soviets had. They were responsible for first satellite, the first living creature in space, the first lunar probe on the moon, the first man in space, the first woman in space, the first space station and the first remote-controlled rover. In fact, if they hadn't been such a formidable opponent, the United States might never have been pushed to land a man on the moon. We can only hope that one day a friendlier competition will push humans to Mars and beyond.