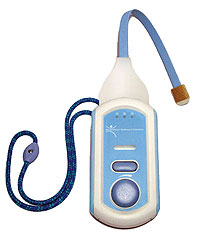 While the full spectrum of BrainPort applications has yet to realized, the device has the potential to lessen an array of sensory limitations and to alleviate the symptoms of a variety of disorders. Just a few of the current or foreseeable medical applications include:

Beyond medical applications, Wicab has been exploring potential military uses with a grant from the Defense Advanced Research Projects Agency (DARPA). The company is looking into underwater applications that could provide the Navy SEALs with navigation information and orientation signals in dark, murky water (this type of setup could ultimately find a major commercial market with recreational SCUBA divers). The BrainPort electrodes would receive input from a sonar device to provide not only directional cues but also a visual sense of obstacles and terrain. Military-navigation applications could extend to soldiers in the field when radio communication is dangerous or impossible or when their eyes, ears and hands are needed to manage other things -- things that might blow up. BrainPort may also provide expanded information for military pilots, such as a pulse on the tongue to indicate approaching aircraft or to indicate that they must take immediate action. With training, that pulse on their tongue could elicit a faster reaction time than a visual cue from a light on the dashboard, since the visual cue must be processed by the retina before it's forwarded to the brain for interpretation.

Other potential BrainPort applications include robotic surgery. The surgeon would wear electrotactile gloves to receive tactile input from robotic probes inside someone's chest cavity. In this way, the surgeon could feel what he's doing as he controls the robotic equipment. Race car drivers might use a version of BrainPort to train their brains for faster reaction times, and gamers might use electrotactile feedback gloves or controllers to feel what they're doing in a video game. A gaming BrainPort could also use a tactile-vision process to let gamers perceive additional information that isn't displayed on the screen.

BrainPort is currently conducting a second round of clinical trials as it works its way through the FDA approval process for the balance device. The company estimates a commercial release in late 2006, with a roughly estimated selling price of $10,000 per unit.

Already more streamlined than any previous setup using electrotactile stimulation for sensory substitution, BrainPort envisions itself even smaller and less obtrusive in the future. In the case of the balance device, all of the electronics in the handheld part of the system might fit into a discreet mouthpiece. A dental-retainer-like unit would house a battery, the electrode array and all of the microelectronics necessary for signal encoding and transmitting. In the case of the BrainPort vision device, the electronics might be completely embedded in a pair of glasses along with a tiny camera and radio transmitter, and the mouthpiece would house a radio receiver to receive encoded signals from the glasses. It's not exactly a system on a chip, but give it 20 years -- we might be seeing a camera the size of a grain of rice embedded in people's foreheads by then.

For more information on BrainPort and related topics, check out the links below.