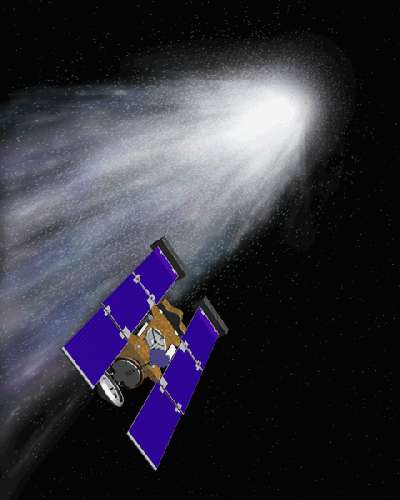 NASA has launched a mission called Stardust to comet Wild-2 to return pieces of the comet. The spacecraft will fly into the comet's tail and catch particles in a gel called aerogel, which is mounted on the panels of the spacecraft. Once captured, the particles will be returned to Earth in 2006. By studying the particles, scientists hope to learn more about comets and the composition of the early solar system.