by Dave Roos Oct 7, 2019
Nobel Peace Prize laureate Malala Yousafzai, 17, displays her medal and diploma during the Nobel Peace Prize awards ceremony at the City Hall in Oslo, Norway, on Dec. 10, 2014. The Pakistani girls' education activist was the youngest Nobel recipient and shared the peace prize with the Indian campaigner Kailash Satyarthi, who has freed thousands of children from virtual slave labor. ODD ANDERSEN/AFP/Getty Images

It's Nobel Prize season again, when the media's fickle attention shines briefly on a handful of people whose life's work has made the world a better place. Since 1901, the annual prizes awarded by tuxedoed Swedes and Norwegians in stuffy ceremonies have highlighted human achievements in the fields of science, medicine, literature, economics (starting in 1968) and most prominently, peace.

But have you ever wondered how Nobel laureates are nominated and selected, or why we've entrusted a private foundation in a Scandinavian country to bestow the world's most prestigious prize? We'll clue you in, starting with some intel on the unlikely founder of the prizes.

The Pacifist Who Invented Dynamite

The Nobel Prizes are named after their benefactor, Alfred Nobel, a Swedish-born scientist and inventor with more than 300 patents, but best-known as the inventor of dynamite.

Nobel and his father Immanuel, an engineer, tried for years to invent a method for creating controlled detonations of nitroglycerine. After several setbacks in the early 1860s, including an explosion that killed his brother, Nobel figured out how to mix nitroglycerine into a paste that could be ignited with black gunpowder and a blasting cap. He called his invention dynamite and expected to sell it to mining companies.

It wasn't long before dynamite was being used as a weapon of war. And throughout his lucrative career, Nobel contributed to the development of more powerful and deadly weapons, including rockets, cannons and new types of gunpowder.

Nobel's global empire of dynamite and weapons factories made him one of the richest men of his day, but he was also, ironically, a pacifist. He corresponded later in life with Bertha von Suttner, a leader of the international peace movement and author of "Lay Down Your Arms."

"Perhaps my factories will put an end to war sooner than your congresses," wrote Nobel. "On the day that two army corps can mutually annihilate each other in a second, all civilized nations will surely recoil with horror and disband their troops."

If only Nobel's predictions were true. The inventor died in 1896 at age 63 before he could witness the horrors of World War I, where weapons of his making would kill millions.

A Prize for the 'Greatest Benefit to Mankind'

A year before his death, Nobel signed his third and final will, in which he set aside the majority of his immense estate — around $200 million, worth $176 billion in today's dollars — to the establishment of a remarkable new fund, "the interest on which is to be distributed annually as prizes to those who, during the preceding year, have conferred the greatest benefit to humankind."

In his will, Nobel specified the five areas in which the prizes should be awarded: physics, chemistry, physiology or medicine, literature and peace. This peace prize, Nobel wrote, should go "to the person who has done the most or best to advance fellowship among nations, the abolition or reduction of standing armies, and the establishment and promotion of peace congresses."

Nobel named the specific Swedish academies and other institutions who would responsible for picking the winners — with "no consideration given to nationality" — but it was up to the Nobel Foundation, created in 1900, to come up with a process for nominating and selecting each year's laureates. (If you're curious, the word "laureate" comes from the ancient Greek practice of crowning poets and heroes with sprigs of laurel, a sacred tree of Apollo. Now it's mostly used to designate winners of impressive academic prizes, like Nobel laureates, but also positions of literary distinction, like the poet laureate.)

A sixth category in the economic sciences was added in 1968 thanks to a donation from the Swedish central bank "in memory of Alfred Nobel." It is not technically a Nobel Prize (since the funds don't come out of Nobel's will) but it is commonly referred to as one.

How to Nominate Someone for a Nobel Prize

First, the bad news. You cannot nominate yourself for a Nobel Prize.

Nominations for the four most technical Nobel categories — physics, chemistry, medicine and economic sciences — are exclusively by invitation only. Each prize has its own standing Nobel Committee, which sends out nomination requests to roughly 3,000 people, all leading academics in the field and former Nobel recipients.

From those hundreds of nominations, each Nobel Committee creates a shortlist of finalists, after consulting with experts, which is then sent to the Royal Swedish Academy of Sciences. The Academy then votes by majority for the winners of the Nobel Prizes in physics, chemistry, physiology or medicine, and the economic sciences. The decisions are final.

The other two prizes, literature and peace, have slightly different nomination processes. The literature committee, for example, sends out its own invitations for nominees, but other "qualified persons" are also welcome to submit names for consideration. Qualified persons include professors of literature or linguistics at colleges and universities, and presidents of national literary societies. The winner of the literature prize is selected by the 18 members of the Swedish Academy, who are all prominent Swedish writers, literary scholars and historians.

No nomination invitations are sent out for the peace prize. But that doesn't mean anyone can nominate anybody. You have to be a "qualified nominator" to submit names. People who fit that bill include members of The Hague, government ministers or former Nobel Peace Prize winners, but also university professors in fields like the social sciences, law, philosophy and religion, and directors of peace research institutes.

The winner of the peace prize is chosen by Norwegians, not Swedes. In his will, Nobel specified that the peace prize would be selected by a five-person committee chosen by the Norwegian Parliament. That's why the peace prize alone is awarded in a ceremony in Oslo, while the rest are conferred at ceremonies in Stockholm.

The deliberation process for choosing the winners is private (you could say "secret) and the full lists of nominees and their nominators aren't made public until 50 years later.

Famous Nobel laureates in the sciences include Albert Einstein, Marie Curie (who won it twice, once for physics and once chemistry), Max Planck, and James Watson and Francis Crick. Literature winners include Ernest Hemingway and Toni Morrison. Nelson Mandela, Martin Luther King, Jr., Mother Teresa and Malala Yousafzai have all won peace prizes.

How Much Money Comes With the Nobel Prize?

From the start, the Nobel Prize gained international attention for the hefty cash award that came with the honor. The very first Nobel Prizes awarded in 1901 came with cash prizes equivalent to nearly $900,000 each in 2018 U.S. dollars. While the value of the prize dipped in the middle of the last century, it made a comeback in the 1990s. The 2019 Nobel Prizes are each worth 9 million Swedish krona (around $912,000).

Staff serves guests at the main table during the Nobel Banquet after the 2012 Nobel Prize Ceremony at Town Hall on Dec. 10, 2012 in Stockholm, Sweden.
Pascal Le Segretain/Getty Images

Nobel's will instructed that the prize amounts should be equal across the original five categories, which was increased to six in 1968 with the addition of economic sciences. In its statutes, the Nobel Foundation says that two awards can be given out in each category every year, with the prize money equally divided among the two. Up to three people can receive an individual Nobel Prize jointly, in which case they split the prize money by three.

In addition to the prize money, all Nobel laureates receive an 18-carat gold Nobel Medal and a hand-inked Nobel diploma decorated by Swedish and Norwegian artists and calligraphers. During Nobel Week in early December, the winners travel to Stockholm to give lectures and listen to a Nobel Prize concert. The week is capped off with a special banquet where the King of Sweden presents the laureates with their awards. (At the same time, the peace prize winner gets his or her award in Norway from the King of Norway.)

Criticisms of the Nobel Prizes

The Nobel Prizes are extremely subjective, and every year there are grumblings that the secretive Scandinavian committees picked the wrong winners. But beyond the occasional snub, there are some common critiques and suggestions for how the Nobel Prize could evolve and improve.

Historically, women have been wildly underrepresented as Nobel laureates. Of the 509 Nobel Prizes awarded from 1901 through 2018, only 52, or 9 percent, went to women. There has been progress over the century, albeit modest. From 1901 to 1960, only 12 women received Nobel Prizes. In the nearly four decades from 1981-2018, there were 33 female laureates.

Many researchers argue that the Nobel Foundation should lift the three-person limit on how many people can win. The nature of modern research is team-based with large international collaborations becoming the norm. Critics say that Nobel Prizes should be awarded to entire teams and not just the few big names at the top. (This is only an issue for the science prizes. Many organizations, like the International Committee of the Red Cross, have won the peace prize.)

One last critique is that there are simply too few categories. When Alfred Nobel created the prizes, he included fields that mattered most in his day, but times have changed. Where are the categories for mathematics, computer science, biology and genetics, or environmental science? If the Nobel Foundation allowed the addition of economic sciences in the 1960s, some say, then it should add even more fields that represent other impactful areas of 21st-century research.

Now That's Interesting
Aung San Suu Kyi won the Nobel Peace Prize in 1991 for campaigning for democracy in Myanmar. But her silence in the face of the military crackdown on the Rohingya minority in 2017 in her country after she had become its de facto leader, had people calling for her Nobel Prize to be withdrawn. Nobel rules do not allow this. The Norwegian Nobel committee head noted, "It's not our task to oversee or censor what a laureate does after the prize has been won," according to the Guardian.

Tarantula Hawks Are Neither Tarantulas nor Hawks 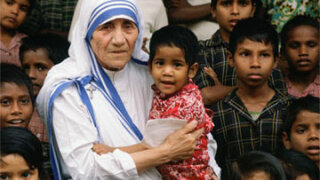 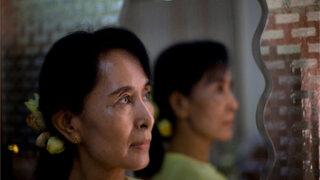 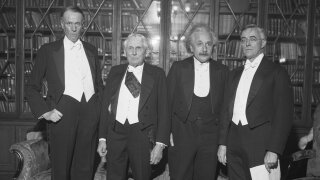