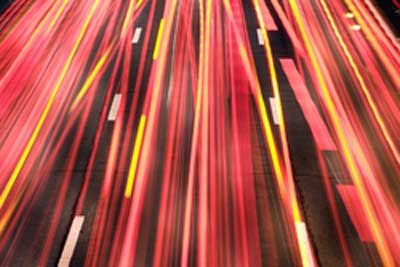 Say the word "radiation" to three different people, and you'll probably get three different reactions. Your aunt may tell you how radiation destroyed her cancer. Your neighbor might mention the "duck and cover" procedures of his day. And your comics-loving friend will explain how gamma rays turned Bruce Banner into The Hulk. Radiation comes in m­any forms and is all around us, all the time. Sometimes it's dangerous; sometimes it's not.

Radiation is both natural and man-made. Our bodies are exposed to natural radiation every day -- from soil and underground gases to cosmic radiation from the sun and outer space. We're also exposed to radiation from our own inventions -- medical procedures, televisions, cell phones and microwave ovens. Radiation isn't necessarily always dangerous. It depends on its strength, type and the length of exposure.

Most people will tell you Marie Curie discovered radiation, along with her husband and research partner Pierre. And that's right -- sort of. Curie actually discovered the element radium in 1898, an accomplishment that would make her the first female recipient of the Nobel Prize. However, three years earlier in 1895, a scientist named Wilhelm Röntgen first discovered X-rays and the phenomenon of radioactivity (a term later coined by Curie, based on the Latin word for "ray"). Soon after Röntgen's discovery, a French scientist named Henri Becquerel attempted to figure out where X-rays came from, and in the process found that uranium emitted a powerful "ray." Marie Curie based her doctoral research on Becquerel's findings, which led to her discovery of radium [source: Vaught].

Feeling a bit overwhelmed? Don't worry, we'll explain all this in detail on the next few pages.

­S­adly, the very thing that gave Marie Curie everlasting life in our history books is what ultimately killed her. In the late 1890s, both Marie and her husband Pierre began suffering various ailments. Marie suffered several cataracts (now a known side effect of radiation) and eventually succumbed to anemia related to radiation in her bone marrow.