Fact is, most of those seven octillion atoms in your body are made up of the element hydrogen, and for one award-winning poet and science fiction/fantasy writer with a background in math, computer science, astronautics and space engineering, that's the star stuff haiku is made of.

Check out this little three-liner about the first element, the one that makes up 75 per cent of all the mass in the universe:

Her brilliant gem is composed of 118 science poems, one for each element in the periodic table, plus a closing haiku for element 119 (not yet synthesized). Drawing from the fields of astronomy, biology, chemistry, materials science, history, medicine and physics, Lee begins with hydrogen and works her way through the periodic table in order of increasing atomic number.

"I'd encountered science poetry by other poets," says Lee in an email, "and liked how it can offer its own viewpoint on science, one that can speak to both scientists and non-scientists."

Born and raised in London, Lee holds degrees in mathematics and computer science from Cambridge University and an MSc in astronautics and space engineering from Cranfield University. She has lived in the United States for twenty years. Her book, "Elemental Haiku" is available in both paperback and ebook editions from Ten Speed Press. The book contains an introduction followed by a page for each element in the periodic table. Each element's haiku is accompanied by an explanatory note.

"There are a few new poems," reveals Lee, "one long poem in the introduction, plus several of the elements have new haiku. In a few instances, both the original and the new haiku are included for an element."

Each double-page spread contains an illustration of one of the two elements it covers. "That may be the single best thing about having the haiku appear in book form: I love Iris Gottlieb's wonderful illustrations," says Lee.

Each element in the periodic table has its own unique energy pattern that relates to its physical and chemical properties, and many of Lee's poems are whip-smart allusions to how each element behaves in nature.

Like this semi-sweet take on how sodium works in our nervous system:

Sodium, Na
Racing to trigger
every kiss, every kind act;
behind every thought.

This bipolar paean to lithium:

This pawky take on carbon:

Carbon, C
Show-stealing diva,
throw yourself at anyone,
decked out in diamonds.

And this I-rest-my-case insight into why some of us English majors barely passed chemistry:

Yttrium, Y
That is not a name.
That is a spelling error.
Or a Scrabble bluff.

"I was thinking of the haiku as poetry," says Lee, "a series of tiny tributes to the elements. I attempted to condense something of the essence of each element into its haiku."

Classical Japanese haiku are concise three-line poems that obey a 5-7-5 syllable pattern containing a seasonal reference and a juxtaposition of ideas. "While I tried to adhere to a 5-7-5 syllable scheme," Lee explains, "and while some of my haiku contain a juxtaposition of ideas, I don't think there is even one single seasonal reference among my 119 haiku!"

A couple of Lee's personal favorites that she found most fun to write?

Potassium, K
Leftmost seat, fourth row,
yearning for the halogens
on the other side.
Radium, Ra
Licked by the women
painting luminous watches.
How much time stolen?

Of her forthcoming book, Lee says, "I will be happy if people enjoy 'Elemental Haiku.' I will be even happier if the haiku increase their appreciation for science. To me, science is one of the greatest endeavors, both for its own intrinsic sake and for its myriad applications."

She says that writing the haiku "felt like an odyssey, a journey through the periodic table. I liked spending time with each element in its turn."

Which brings us to element 118:

Oganesson, Og
The end of the line,
your millisecond half-life
brings down the curtain.

And, ultimately, to the mysterious 119:

Ununennium, Uue
Will the curtain rise?
Will you open the eighth act?
Claim the center stage?

"In different moods, I resonate with different elements," says Lee, "but I am always fascinated by element 119, the element which will begin the next row of the periodic table, as yet undiscovered."

Now That's Interesting
In the 1980s, the astronomer Carl Sagan famously said, "We are a way for the universe to know itself. Some part of our being knows this is where we came from. We long to return. And we can, because the cosmos is also within us. We're made of star stuff." 21st century technology has confirmed that Sagan was right. We really are 'star stuff.' 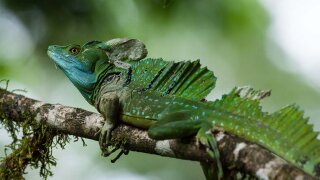 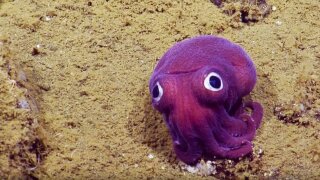 6 Haikus and 3 Limericks About This Googly-eyed Squid 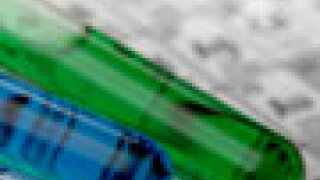