What are the different types of architectural home styles? 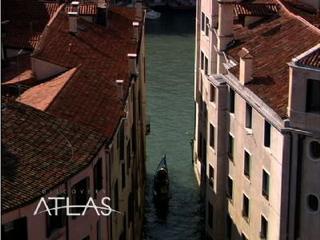 Dozens of different types of architectural home styles exist in the United States. Some of the most popular include Art Deco, which features flat roofs, rounded corners and exterior designs such as lilies, swans or zigzags. Arts and Crafts homes, inspired by the Arts and Crafts movement of the 1880s, are built of natural materials and feature a prominent fireplaces and built-in furniture, such as cabinets, and porches with thick columns. Key elements of Colonial homes, built to resemble British houses, included shutters, columns flanking the front doors, rectangular windows evenly spaced, and a square, symmetrical shape.

Modern architecture, which stresses clean lines and efficiency, is not the same as contemporary architecture. Instead, contemporary architecture mellows out the modern look, with ample use of natural light via large windows and skylights, and natural building materials, such as bamboo floors and granite kitchen countertops. Federal architecture was based on Roman classicalism, and features curved steps with iron railings, brick construction and rows of symmetrical windows. Based on rural homes of 16th-century France, most French Provencal homes have steep roofs, arched windows and copper trim.

Mediterranean architecture, found in countries such as Spain and Portugal, has been transplanted to California and Florida, both of which were historically exposed to Spanish influence. The red tile roofs, stucco walls and graceful arches are hallmarks of this style. Monticello, the home of Thomas Jefferson, is an example of neoclassical architecture, which is based on ancient Greek and Roman architecture. This style features an even number of tall columns supporting the front porch, a balanced, symmetrical look and elaborate doorways.

Post-war architecture refers to homes built in the 1940s to 1970s that look an awful lot like every other house on the block. They're sturdy, but not very imaginative. Innovations of this style were an attached garage and a kitchen window facing the back yard to supervise children at play. This is just a sampling of some of the architectural home styles used in the United States.