Here's the thing about St. Basil's Cathedral in Moscow, Russia: It looks like something you'd see at Disney World. It's colorful and whimsical and impractical — everything a life-size model of a fairytale building should be. But St. Basil's wasn't built in the 1970s out of steel-reinforced concrete like Cinderella's Castle — it was constructed almost 460 years ago out of a trendy new (at the time) material called fired bricks, covering a timber frame. And it wasn't commissioned by an entertainment mogul, but by a bona fide evil king, bent on world domination.

It looks great, though, doesn't it?

St. Basil's Cathedral was first commissioned in the mid-1550s by Ivan IV, or Ivan the Terrible — the first tsar of Russia — who was a really unlikable guy. He was reputed to be mentally unstable, domineering, paranoid and vengeful; rumor has it, he beat his pregnant daughter-in-law for dressing in a way he found inappropriate, and when her husband (Ivan's eldest son and heir) confronted his father after she miscarried as a result of the beating, Ivan the Terrible killed him.

The Building of St. Basil's Cathedral

But though Ivan IV made more than his fair share of poor choices — parental, diplomatic and otherwise — he did something right in having St. Basil's Cathedral built to celebrate his conquest of Russia's long-time enemies, the Tatar khanates of Kazan and Astrakahn. He was so delighted by how the building turned out, standing like a circus tent across Red Square from the Kremlin's gates, that there are (probably false) rumors he had its architect blinded in order to prevent him from ever again designing something so beautiful.

For all his profound flaws, Ivan IV was evidently extremely pious, and dedicated the building to the Blessed Virgin, naming it the Cathedral of the Intercession of the Most Holy Theotokos on the Moat. Later, the cathedral earned the title of St. Basil's after one of its chapels, named for Basil the Blessed, a local prophet who was known for being "a fool for Christ."

But perhaps the most remarkable thing about St. Basil's is the style of the building itself. It is completely unique among the other European cathedrals from the 15th and 16th centuries — nothing built before or since has ever looked remotely like it. Said to be modeled after the Kingdom of Heaven as described in the Bible, it sports nine tiny chapels clustered around a central nave, each topped with a candy-colored, onion-shaped dome. St. Basil's was not built in any "style" like the cathedrals of Notre Dame or St. Paul's, built in the gothic and baroque styles, respectively. It was a one-off — somebody's bonkers idea. And what a one-off it is.

A travel company called Real Russia has recently reimagined St. Basil's as if it had been built in different architectural styles, and the results are delightful. Although nobody's advocating for St. Basil's to change a thing, it's cool to consider what the famous oddball's architect might have done if he has been more worried about what anybody thought. Check them out:

The style of architecture dominant in Britain during the Tudor period, from 1485-1603, it was the last of the Medieval architectural styles in Britain, with some similarities to Gothic architecture, including the presence of pointed arches and spires.

Victorian architecture features such elements as pointed windows and roof gables and can be identified by features including porches, bay windows and terracotta tiling. It developed in Britain under the reign of Queen Victoria from 1837-1901.

Modern architecture mostly uses a combination of glass, steel and reinforced concrete. It is much less intricate and ornate than older architectural styles, giving a stark and minimalist appearance.

Chinese architecture, using bold colors and intricate handicraft, curved roofs and tiered pagodas, and often featuring wooden timberwork, is one of the most recognizable styles in the world.

Art Nouveau means "New Art" and this style of architecture was used from the 1880s to about 1910 in the U.S. and Europe before it dropped out of popularity. It is identifiable by features including rounded windows and doors, curved lines, ornate balconies and elaborate fencing and stairwells.

Arches, domes and columns and the use of a lot of marble typify the Classical style of architecture, which originated with the ancient Greeks in about the 5th century B.C.E. and the ancient Romans in the 3rd century C.E.

The Gothic style of architecture originated in France in the mid-1100s and can be found in some of the most beloved and well-known cathedrals throughout Europe. Its features include intricate window pattern-work, archways, tall spires and flying buttresses used to support walls.

RealRussia
Now That's Interesting
The flame-shaped roofs of St. Basil's Cathedral, which are said to be based on the colors describing heaven in the Book of Revelation, were probably not always as colorful as they are today. Before the 17th century, it's likely they were painted white, red and gold.

Do You Need to Wash Your Car's Undercarriage? 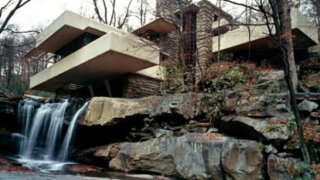 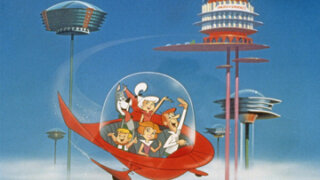 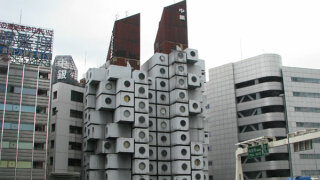