When it came to laying out the design for my second tattoo, I knew two things: 1) I wanted a simple line drawing that ran from my right elbow to my wrist, and 2) I needed to have the Golden Gate Bridge integrated in some way. As San Francisco has drastically transformed over the last few decades, I've taken (arguably too much) pride in being one of the few true natives, born and raised in an area of the city adjacent to the bridge's Presidio entrance. And while I'm comfortable letting the visual representation of the iconic landmark on my arm speak for itself, digging into the history and significance of the bridge offers some pretty cool insight into my hometown's unique charm.

It all started in 1916. Or actually, it started around four decades earlier, in 1872, when railroad entrepreneur Charles Crocker called for a bridge to span the Golden Gate Strait, the 3-mile (5-kilometer) long stretch of water that connects the San Francisco Bay to the Pacific Ocean. But it wasn't until the early 20th century that the project gained traction as the area's population grew and traffic congestion at the ferry docks was becoming a serious issue. James H. Wilkins, a structural engineer and newspaper editor for the San Francisco Call Bulletin, connected with San Francisco City engineer Michael M. O'Shaughnessy and started talking about what it would really take to make a bridge connecting the city to the Marin Headlands a reality.

Three years later, San Francisco officials formally requested that O'Shaughnessy explore the possibility of building a strait-spanning bridge and the engineer began consulting with colleagues around the country. Sure, the idea of connecting San Francisco to the North Bay was nice, but was it financially feasible? Most industry insiders speculated that such an undertaking would cost over $100 million and that — perhaps more importantly — it just couldn't be built. Joseph Baermann Strauss, however, begged to differ.

Strauss, a Chicago-based engineer, presented a plan that not only made a bridge seem possible, but downright affordable: Strauss's plan estimated that the construction could be done for $25 to $30 million. Strauss submitted his preliminary sketches to O'Shaughnessy and Edward Rainey, secretary to James Rolph, the mayor of San Francisco, on June 28, 1921. While his original design (a $17 million symmetrical cantilever-suspension hybrid span) needed some tweaking and didn't pan out, O'Shaughnessy made the design public in December 1922, and although the press described it as "ugly," there was surprisingly little public opposition to the ambitious endeavor.

While citizens seemed relatively open to approving the massive undertaking, there were more than a few snags along the way to construction. First, O'Shaughnessy and Strauss had to assemble a special district of the state of California to oversee the financing, design and construction of the bridge as a way to give all counties a voice in the process. But ultimately, the fate of the bridge was in the hands of the War Department, which legally ruled all harbor construction potentially affecting shipping traffic or military logistics. When the War Department held a hearing May 16, 1924, to discuss the bridge's potential impact on navigation and financial burden, things got thorny. Plenty of people voiced their opposition, especially the local ferry companies who started a serious anti-bridge campaign in an effort to halt construction. And they succeeded — for eight years.

Construction begins on the Golden Gate Bridge in 1933.
Library of Congress

But after nearly a decade of jurisdiction and uncertainty, Strauss and O'Shaughnessy were able to create the Golden Gate Bridge and Highway District (composed of the area's six member counties), incorporated by the California state legislature in 1928 as the sole entity responsible for the final design, construction and financing of the future bridge.

Secretary of War Patrick Hurley issued the construction permit Aug. 11, 1930 and the building process officially kicked off nearly three years later on Jan. 5, 1933. By this time, the vast majority of residents were stoked, and a groundbreaking ceremony at nearby Crissy Field helped hype the locals for what was to be a somewhat lengthy, but easier-than-expected process.

"An interesting fact about the Golden Gate Bridge is that it was completed ahead of schedule and under budget — a rarity in today's construction world," Paolo Cosulich-Schwartz, public affairs manager for the Golden Gate Bridge, Highway & Transportation District, writes via email. "The bridge was completed in May 1937 under budget and six months ahead of schedule. It cost about $39 million to build, which equals about $500 million in today's dollars."

Not only did the bridge make a name for itself as a relatively quick and painless project (as far as massive constructions go), it also made a mark on history with its construction procedures and safety measures.

"The Golden Gate Bridge was a pioneering project for protecting workers by requiring bridge builders to wear hard hats and installing the first safety net for bridge workers," Cosulich-Schwartz says. "I'm proud that the legacy of safety lives on at the Golden Gate Bridge today." Although 11 men died during construction (not unheard of in that risky era of building), a safety net suspended under the "floor" of the bridge during construction saved the lives of 19 men who became known as the "Halfway-to-Hell Club."

Men on catwalks working on the cables during construction of the Golden Gate Bridge in 1937. That's Alcatraz Island in the background.
Underwood Archives/Getty Images

There's a reason I wanted the bridge represented in my inked hometown tribute — aside from its significance as an instantly recognizable San Francisco staple, it's just so darn pretty. And that appealing design took a ton of thoughtful planning and dedication.

Remember Strauss' original plans for a symmetrical cantilever-suspension hybrid bridge? While his staff, led by Charles A. Ellis, found the idea to be practical from an engineering standpoint, some experts started to raise questions. Ellis brought on Professor George F. Swain of Harvard University and Leon Moisseiff who designed New York's Manhattan Bridge to serve on a Board of Consultants for the project — and Moisseiff wasn't sold on the design. On Aug. 15, 1929, the Board appointed Moisseiff, as well as engineers O.H. Ammann, and UC Berkeley engineering professor Charles Derleth Jr., to serve as the Advisory Board of Engineers, alongside Strauss.

Thousands of guests showed up to walk across the bridge on May 27, 1937, the day it was opened to pedestrians. The toll for walking the five miles was five cents for a regular ticket and twenty-five cents for a souvenir ticket. The bridge opened to vehicular traffic the next day.
Bettmann/Bettmann Archive

At some point in their discussions (the exact date is unknown), the board decided to shift from Strauss's original proposal to a suspension bridge design. The Golden Gate Bridge, Report of the Chief Engineer, written by Strauss in September 1937, doesn't give details on the transition from his originally proposed design to the Moisseiff-inspired suspension span, but simply states, "... In the interval which had elapsed any advantages possessed by the cantilever-suspension type bridge had practically disappeared and on recommendation of the Chief Engineer, the cantilever-suspension type was abandoned in favor of the simple suspension type." There was another mysterious drama during the design process as well: While Ellis was responsible for directing the thousands of calculations required, Strauss unceremoniously fired him in 1931 and handed his job over to his assistant. To this day, Ellis is rarely mentioned in discussions of the bridge.

But back to that design. Perhaps the most recognizable feature of the bridge is its eye-popping hue — just please don't call it "red." "International Orange is the signature color of the Golden Gate Bridge," Cosulich-Schwartz says. "The color was chosen as the primary color of the bridge by consulting architect Irving Morrow, who noticed the red lead primer of the steel arriving from mills on the east coast. He thought the red primer would serve the dual purpose of making the bridge stand out for ships and planes in the dense fog while blending in with the natural beauty of the area surrounding the bridge. After much study and debate, the color we so closely identify with the Golden Gate Bridge today was selected for the project, and we can thank Irving Morrow for the Golden Gate Bridge's distinctive hue."

Today, the Golden Gate Bridge is a critical transportation link between San Francisco and Marin County and the 1.7 mile-long (2.7 kilometer) main span carries about 112,000 vehicles every day. Not only can the number of roadway lanes dedicated to the southbound or northbound be modified throughout the day to accommodate shifting traffic patterns, but visitors are welcome to walk and bike the length of the landmark. Or, if you're a proud native, get its glory permanently etched onto your skin.

Now That's Interesting
Over 2 billion vehicles have crossed the Golden Gate Bridge (going both north and south) since its opening to traffic May 28, 1937.

How to Avoid Being Evicted From Your Home

How to Make a Sourdough Starter From Scratch 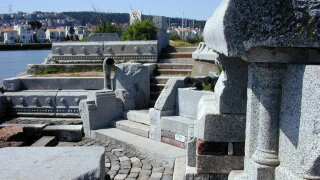 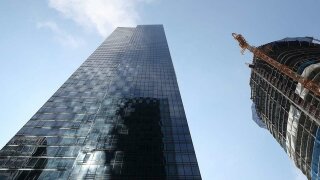 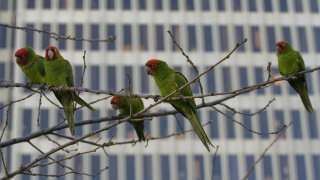 Where Did San Francisco's Wild Parrots Come From?