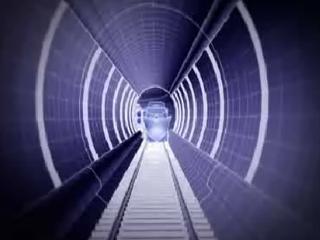 Take a look at recent seismic activity, and you might get the impression that Earth, perhaps a bit too overcaffeinated, has a bad case of the shakes. Earthquakes rattled Chile on and off during 2010-11, beginning with a magnitude-8.8 temblor (or earthquake) that struck just off the coast near Concepcion in February 2010. Then, in March 2011, a magnitude-9.0 quake rocked Japan, triggering a tsunami that killed an estimated 29,000 people and damaged nuclear reactors [source: Amazing Planet]. And finally, in August 2011, a magnitude-5.8 quake centered near Mineral, Va., spooked residents up and down the Atlantic seaboard and damaged the Washington Monument.

While those events seem to suggest an ominous future with a shaking, quivering crust, earthquakes have always been common, as has the human resolve to survive them. Over the centuries, engineers have come to know one thing with growing certainty: Earthquakes don't kill people; buildings do. This is a gross oversimplification, of course, because tsunamis also take many lives, but not all earthquakes generate tsunamis. They do, however, cause buildings, bridges and other structures to experience sudden lateral accelerations. All of which leads to a logical question: Is it possible to keep buildings upright and intact during catastrophic earthquakes like those that shook Chile in February 2010 and Japan in March 2011?

Many engineers and architects now believe it's possible to build an earthquake-proof building -- one that would ride the waves of the most fearsome temblor and remain as good as new once the shaking had stopped. The cost of such a building, however, would be staggering. Instead, construction experts strive for something slightly less ambitious -- earthquake-resistant buildings, which are designed to prevent total collapse and preserve life, as well as construction budgets.

In recent years, the science of building earthquake-resistant structures has advanced tremendously, but it's not an entirely new subject. In fact, a few ancient buildings still stand today despite their location in active seismic zones. One of the most notable is the Hagia Sophia, a domed church (now museum) built in Istanbul, Turkey, in A.D. 537. About 20 years after it was completed, the massive dome collapsed after a quake shook the area. Engineers evaluated the situation and decided to rebuild the dome, but on a smaller scale. They also reinforced the whole church from the outside [source: PBS].

Today, the techniques are a bit different, but the basic principles are the same. Before we delve into the nuts and bolts of building earthquake-resistant structures, let's review some basics, namely, what forces are generated during an earthquake and how they affect man-made structures.