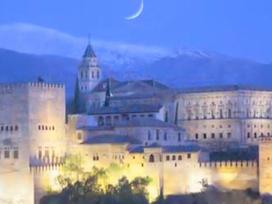 From Alhambra to ancient Rome, learn lots more about how architecture works in these videos.
HowStuffWorks

The oldest existing theater in Minneapolis, Minn., has been many things since it opened in 1910. It was a vaudeville stage that attracted the likes of Mae West and the Marx Brothers, a burlesque theater, a movie theater and even an evangelistic auditorium. But it became something else in January 1999: a world-record holder.

The theater had been closed for several years when the city of Minneapolis decided it wanted to redevelop the block on which the Shubert was standing. Artspace, a nonprofit development agency, bought the building from the city and hatched plans to move it one block over.

Though the move was only one-quarter of a mile, it took five bulldozers 12 days to complete the trek. Helping out the bulldozers were 100 hydraulic jacks that lifted the building and 70 dollies that formed a temporary foundation for the journey through the city streets.

Artspace conducted research to determine how a redesigned Shubert could best serve Minneapolis, and gained fundraising from private supporters and the state legislature. The restored Shubert Center, which features a midsize performing arts theater as well as classrooms for arts education, opened in 2008 [source: LeFevre].

Read on to find out how a turn-of-the-century hotel beat the Shubert's record.