Is invisible water for real? Well, yes and no. Swissmediavision/Getty Images

The magician's silk-gloved hands dance through the air, delicately pulling back a sheet to reveal the prop for his next trick: a glass fish tank. It appears empty, and yet the illusionist insists that the aquarium contains a most remarkable substance: invisible water. To demonstrate, he places a tinfoil boat inside the tank, and it merrily bobs up and down, as if afloat on some unseen surface.

Next, the magician produces a plastic cup and begins bailing out the tank. It appears as if he's doing little more than miming, and yet the unseen water level seems to lower with each cupful. The little boat even bobs more and more, as if each dip of the magician's hand disturbs the surface more.

Perhaps you've seen this feat performed on a talk show or in Internet videos. How's it done? The practitioner isn't using sleight of hand, wires or digital special effects to float the tiny boat. The "magic" at work is none other than an invisible gas called sulfur hexafluoride (SF6). This curious vapor behaves like phantom water because it's heavier and denser than air. When poured into a fish tank, it sinks to the bottom and can support the weight of very light objects floating on its surface.

Sulfur hexafluoride is completely nontoxic and nonflammable, making it ideal for various scientific uses. Medical professionals use it as a test gas when studying­ the respiratory system, and the electric power industry widely uses it as insulation.

The substance has shown up in everything from Nike basketball sneakers to NASA spacecraft, but the in vis­bile water illusion certainly isn't rocket science. Read the next page to learn what makes the illusion possible.

Inhaling sulfur hexafluoride has the opposite effect of inhaling helium -- it lowers your voice temporarily. Johner Images/Getty Images

So why does sulfur hexafluoride behave like a liquid? It all comes down to weight and density, or how close the molecules inside a substance are to each other.

This is why sulfur hexafluoride just sits at the bottom of the tank during the invisible water experiment. As to how a small tinfoil boat can float on its surface, you have to understand how a similar object would float in water -- by displacement. While you can drive a tank across a frozen lake, you have to cheat to float that kind of weight on water in its liquid form. An object in a fluid experiences an upward force equal to the weight of the fluid displaced by the object. For instance, a 500-pound (227-kg) boat will sink in the water until it has displaced 500 pounds of water.

But even the heaviest ocean vessels don't have all their weight at the bottom. There's a substantial amount of air inside, so a well-designed 500-pound ship will displace the 500 pounds of water to cancel out its weight well before it sinks below a desired point. This is called buoyancy. The same relationship holds true with a vessel floating on a sea of sulfur hexafluoride. However, since SF6 is still a gas and is less dense than liquid water, the floating object has to be much lighter to stay afloat. This is why invisible water experiments typically involve light boats made from a sheet of tinfoil.

Many scientists also like to show off what happens when you inhale sulfur hexafluoride. Fill your lungs with the gas, and your voice will deepen temporarily. This is because the speed of sound depends on the molecular weight of the gas involved. A few mumbled words will come out as squeaks in a light gas such as helium, but will slow to Darth Vader proportions with a heavy gas like SF6. Sound waves travel through colliding molecules. Generally, the denser the substance, the faster the sound -- but heavier molecules don't move as far.

As fun as this voice experiment sounds, experts warn against inhaling sulfur hexafluoride without proper instruction. The heavy gas will continue to sit at the bottom of your lungs if not properly expelled -- and that's room you need for life-giving oxygen.

Explore the links on the next page to learn more about buoyancy and view videos of the experiment in action.

­The Downside to Sulfur Hexafluoride

Besides its popularity on Internet video sites, sulfur hexafluoride is also famous for another reason. The Intergovernmental Panel on Climate Change (IPCC) identifies SF6 as the most potent global warming potential (GWP) gas. And since it has an atmospheric lifetime of 3,200 years, every molecule of it released by industries and lab experiments will stick around for quite a long time.

Up Next
Pancake Ice: The Ice Formation That's Not About Breakfast
Pancake ice is fun and rare in some places, but it might be speeding up the warming of the ocean in the Arctic.
Explore More 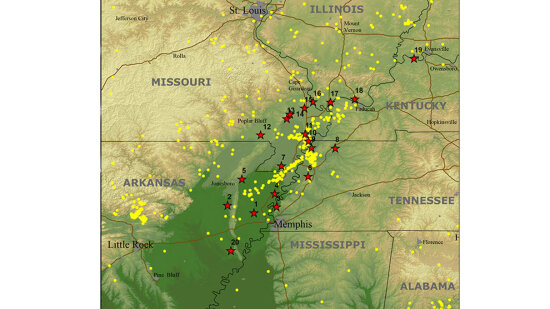 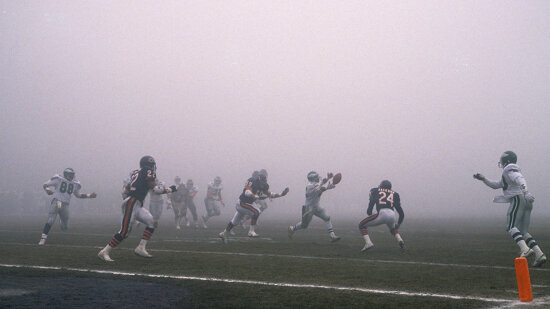 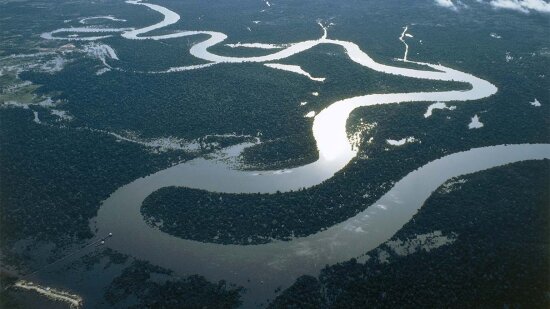