Browse the article Inside a Power-Cube Transformer 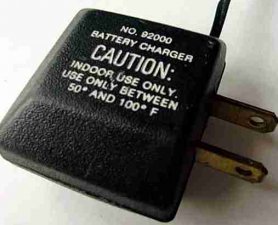 How many of those little Power Cube thingies do you have around your house? Here's how many I found around mine:

22 of them! (remember, the baby monitor has 2) And they are all different - they have different plugs, different voltage ratings and different amperages.

So let's take one of these apart and see what's inside. 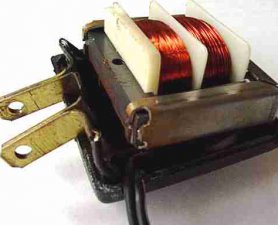 Once you convince the cover to come off, here is what you find inside.
HowStuffWorks

This transformer came with a rechargeable electric screwdriver. This particular transformer is rated at 3 volts and 240 milliamps. 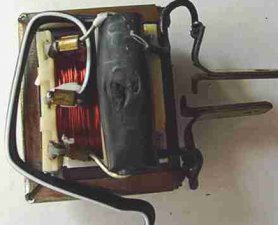 On the other side of the transformer you find two diodes wrapped in rubber insulation.
HowStuffWorks

On the other side of the transformer you find two diodes wrapped in rubber insulation. The diodes act as a rectifier, turning the AC current into DC current.

The big question remains, however - why can't somebody standardize all of these little cubes?!