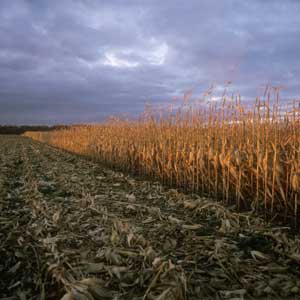 ­If you've ever read Stephen King's­ short story "The Children of the Corn," or watched any of the eight (yes, eight!) horror films it spawned, then you know just how creepy a vast field of corn can be. The titular children in the story go on a murderous rampage, terrorizing and murdering hapless adults in the name of "He Who Walks Behind the Rows."

In the past, you may have laughed at the prospect of a corn-based ­entity spreading chaos and death. But amid current headlines about corn-based ethanol, global food shortages and the dietary effects of high fructose corn syrup (HFCS), it's easy to feel a little apprehensive about living a life so increasingly dependent on those monotonous fields of swaying gold.

­To break down the situation into the simplest terms, imagine a family of four living in the suburbs. Each week, they receive two commoditi­es: a t­ank of gasoline and a crate of corn. In the mornings and afternoons, they use the gasoline to commute to work, go to school and run errands. The corn, on the other hand, winds up in most of their meals, be it in the form of tortillas, chowder or all the HFCS in little Jimmy's favorite candies and sodas. Eventually, they begin to receive less and less gasoline each month, but the supply of corn remains the same. Luckily, the corn can be processed into fuel for the automobile. Now this hypothetical family has to both fuel the car and feed themselves from the crate of corn. What are they to do?

In the late 17th century, England faced a similar situation. Timber was a vital commodity. The English used it to build ships for trade and defense, but firewood also was essential to cooking, heating and manufacturing. All the competing calls for wood caused a timber shortage, which led to a major fuel shift to coal.

In 2007, corn crops were responsible for 7.1 billon gallons (26.9 billion liters) of ethanol, according to an article by C. Ford Runge and Benjamin Senauer that appeared in the Foreign Affairs journal. Studies suggest that by 2030, we could be squeezing out 33 billion gallons (125 billion liters) of ethanol. It takes more than 450 pounds (204 kilograms) of corn to fill a 25-gallon (94-liter) gas tank with ethanol -- that's enough calories to feed one person for an entire year [source: Runge]. Will we wind up taking corn out of hungry mouths in the process? 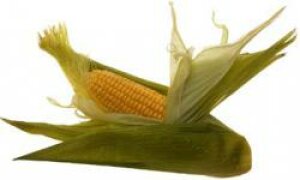