Browse the article What is green gaming? 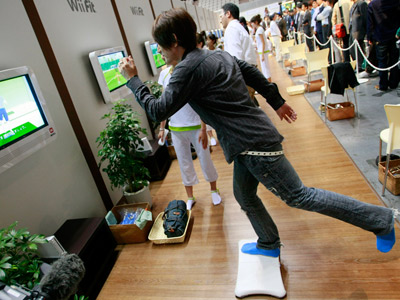 The Nintendo Wii is comparably efficient when matched against the PlayStation 3.
AP Photo/Itsuo Inouye

­Just about ever­ything is "going green" these days, from cars, to homes, to jobs. So it's not surprising that the video game industry is also looking for ways to become more environmentally friendly [source: U.S. Department of Energy]. It's a much needed change, according to one report by the National Resources Defense Council (NRDC), which finds that video game consoles burn an estimated 16 billion kilowatt-hours of electricity each year -- about the same amount consumed by the entire city of San Diego [source: NRDC]. Sony's PlayStation 3 was one of the worst offenders in the report, using up an average of 150 watts in active mode (by comparison, the Nintendo Wii uses about 16 watts during game play).

Video game ­packaging is another big environmental offender. In 2007, about 101 million video games were sold in plastic cases. The energy needed to produce such packaging adds up to equal the greenhouse gas emissions from more than 9,000 cars [source: Wal-Mart].

­The­ NRDC report estimates that just by turning off our games when we're not using them, we could save 11 billion kilowatt-hours of electricity, $1 billion in energy costs and 7 million tons (more than 6 million metric tons) of carbon emissions every year.

Some retailers are already eyeing greener gaming initiatives. In 2008, Wal-Mart convened a Green Gaming Summit with representatives from video game manufacturers Microsoft, Nintendo and Sony, as well as the National Resources Defense Council. Manufacturers are looking at solutions such as using cardboard packaging and creating low-power modes for when game consoles aren't in use.

­Hewlett-Packard is set to release gaming computers that are sm­aller and more energy-efficient than their predecessors. The HP Firebird will run on a mere 350 watts of power -- about one-fifth of the energy needed to power bigger gaming computers. One company executive likened the new PCs to transforming gas-guzzling SUVs into hybrids [source: PCWorld] 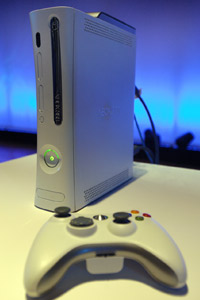