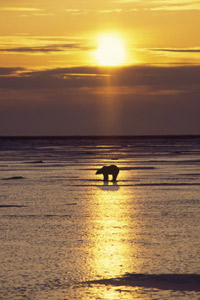 For more information on polar bears, baby seals and global warming, look over the links below.