Why are seed banks necessary? 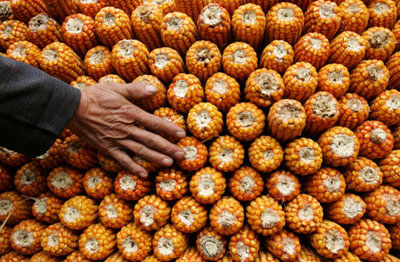 A farmer passes his hand over corn. Corn comes in many different varieties, depending on climate and region.
China Photos/Stringer/Getty Images

Although you might think the concept is rooted in the contemporary "green" movement, seed banking is not a new phenomenon. Scientists believe agriculture began as far back as 8000 B.C., in the mountains of Mesopotamia, now present day Iraq. Even then, farmers realized their seeds needed protection in order to ensure the next year's harvest. As a result, seed harvesting was one of the most important rituals in ancient farming communities. In Iraq, scientists have discovered evidence of seed banks from as far back as 6750 B.C. [source: Seabrook].

Back then, seed banks protected seeds from animals and extreme weather. Today, we store seeds for different reasons. The most essential reason is crop diversity. Just as humans have specific genetic traits, so do plants. And just as humans have evolved and adapted to specific conditions over time, so have plants. Different varieties of plants are suited for different things. A good example is corn. Corn is grown in different parts of the world and in different climates, which creates many varieties of corn [source: Rosenthal].

­This sort of diversity must be preserved -- not because we need 50 varieties of popcorn, but because we don't want to lose any plants that may prove valuable in the future. For example, in the 1970s a widespread fungus cut United States corn yields in half. The blight was alleviated by use of genetic materials from a wild corn relative that was fungus-resistant [source: WWF].

Aside from crop diversity, there are many other reasons we need to store and preserve seeds:

Now that we understand why seed banks are necessary, let's learn which seeds get banked. Are all plants guaranteed a spot in the seed bank or are some deliberately shunned? Read the next page to find out.

The Irish Potato Famine of the 1840s devastated Ireland's population and economy. We know now that if Ireland's potato crop had been more diverse, famine may have been averted. Irish potatoes in the 1800s were mostly genetic clones of each other and therefore susceptible to the same diseases. If Ireland's crops had been more genetically diverse, certain varieties would have been disease-resistant, which could have prevented catastrophe. Scientists have since found a resistant strain in South America that now grows alongside the other potatoes [source: Understanding Evolution].