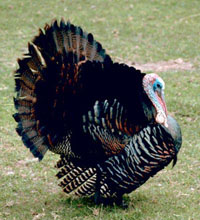 Over the past few years, you've probably seen news stories with dire warnings about avian flu, or bird flu. It's a highly infectious disease that has swept through bird populations in many parts of the world. In October 2005, the disease reached Eastern Europe, most likely through migratory birds. It continued to spread through Europe, and in February 2006 it moved into Africa. Although the virus doesn't infect humans easily, more than half of the people who have contracted it have died.

But what exactly is bird flu? How is it different from the seasonal flu that people experience every year? How does it threaten people? What are governments doing to stop its spread?

In this article, we'll review the basics of how viruses and influenza work, and we'll learn the answers to these and other questions about avian flu, including whether it is likely to cause a global flu epidemic.