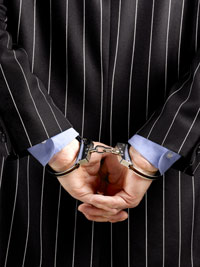 Although the basic strategy is the same, the types of assignments that require the services of a forensic accountant vary. An independent consultant may assist the owner of a small company who suspects his bookkeeper of embezzling funds; or an accountant working for the government may attempt to prove that a corporation has been laundering profits. It can be difficult to find case studies of forensic accounting at work because most companies don't publicize details of financial misconduct. In this section, we'll look at some notable examples of forensic accounting in action.

In 1996, a city manager in California's Contra Costa County became suspicious when a local disposal service company asked for help keeping itself afloat. Orinda-Moraga Disposal Services wanted to raise rates on its customers and needed the Contra Costa Sanitation District's approval. However, the company had recently stated its desire to lower rates. The wary city manager hired forensic accountant Dan Ray to uncover the truth.

After examining Orinda-Moraga's records, Ray discovered that the company sent checks to nonexistent people at several companies that had fake addresses. The disposal company's owner deposited the checks into an account. He had created these companies to illegally siphon money from Orinda-Moraga, and inflated its business costs to justify the rate increase. Ultimately, Orinda-Moraga's owner and his partner were found guilty in civil and criminal suits.

Forensic accountants are also retained to assist in uncovering potentially hidden assets during divorce proceedings. The recent high-profile divorce of Sir Paul McCartney and Heather Mills included a dispute over how much McCartney was actually worth. He claimed to be worth about $785 million (400 million pounds), but Mills said that McCartney was worth about $1.6 billion (800 million pounds). She retained a team of forensic accountants to delve into his assets. Mills hoped that if accountants proved that she was correct, the divorce ruling would be overturned and she could receive a larger settlement. As of June 2008, the initial ruling hadn't been overturned.

Enron and other companies brought some aspects of forensic accounting to prominence in recent years (read How Cooking the Books Works to learn more about those cases). In 1997, Sunbeam, a company that manufactures small appliances, followed a practice called bill and hold. This is when a company records sales of its products as profits for the current quarter, while waiting to deliver the product (typically they wouldn't be recorded as sales until they were actually shipped). Sunbeam sold huge amounts of its products to other companies at a discount, but kept the items in warehouses. On paper, the company appeared to have had high sales; however, Sunbeam's warehouses were full of unsold product. This practice was uncovered by a financial analyst at investment firm Paine Webber, who downgraded the value of Sunbeam's stock.

Bill and hold isn't illegal, but Sunbeam's shareholders felt deceived and filed lawsuits. Sunbeam's accounting firm, Arthur Andersen (later ruined by its involvement with Enron), performed an audit and reported that Sunbeam's books were accurate and in accordance with federal guidelines. However, the board was unsatisfied and hired Deloitte & Touche to review Arthur Andersen's audit. This follow-up uncovered proof that the numbers had been manipulated. The Securities and Exchange Commission investigated Sunbeam, and its CEO, Alfred Dunlap, was fired and forced to pay millions of dollars to settle investment lawsuits. He paid $500,000 in fines and was banned from serving as an officer in a public company.