by Jesslyn Shields Mar 26, 2019
The human body produces magnetite, much in the same way a salmon's body produces the magnetite that can be found in its snout, allowing it to detect Earth's magnetic field. real444/Getty Images

When you hear "magnetoreception" for the first time, it seems like a word best applied to superheroes — though, in reality, it's the superpower of lobsters, migratory birds, salmon and algae. But could it also be the superhuman ability of ... well, humans?

Earth is, among other things, a humongous magnet (which is great for us because the magnetic field generated by our planet protects us from some pretty gnarly cosmic radiation from the sun). Earth's magnetic field comes from the liquid metal constantly rotating around in its outer core, about 1,800 miles (2,890 kilometers) under our feet, creating powerful electrical currents that generate a magnetic field. Without it, life on Earth would be impossible, but also countless organisms would have no idea where they were most of the time.

Magnetoreception is a handy sense that allows some Earthlings to use the planet's magnetic field to perceive things like direction and altitude. It's how a sea turtle hatchling finds its way through the open ocean, a honeybee navigates through a field of flowers, a migrating bird travels thousands of miles to specific locations each year and a mole rat navigates a vast system of underground tunnels at lightning speed. It's incredible — so why can't we do it?

Well, some scientists think we probably can, and they're trying to prove it.

Caltech professor Joseph Kirschvink first became interested in the field of biomagnetics as an undergrad at Caltech in the late 1970s, when one of his research advisors, former Caltech Professor Hentz Lowenstam (who made the first discovery of biogenic magnetite in an organism in 1962), showed him the magnetic teeth of a group of mollusks called chitons. Kirschvink became fascinated with how living organisms grow and utilize magnetic particles in their bodies. In the 1980s, while working on magnetic orientation in honeybees, he became interested in human magnetoreception, and has been working on it ever since.

In the 1990s, Kirschvink and coauthor Atsuko Kobayashi found that the magnetite that shows up in the human brain isn't a contaminant — our bodies produce it, much the same way a salmon's body produces the magnetite that can be found in its snout.

So, does this mean we humans are able to detect and navigate by Earth's magnetic field? If so, why is your sense of direction so poor?

Over the years, Kirschvink has been experimenting on this question in his spare time and has finally published a study in the March 18, 2019 issue of the journal eNeuro :

"None of the results of these earlier experiments rose to the level of consistency and significance as to merit publishing the results," says Kirschvink's co-author Isaac Hilburn of the Division of Geological and Planetary Sciences at Caltech, in an email. "However, some of the results were intriguing enough to get a Human Frontier Science Program (HFSP) grant to conduct rigorously controlled EEG experiments to test for a passive neural response to geomagnetic field changes."

For the study, Kirschvink's research team built an aluminum chamber in the basement of one of the buildings at Caltech, inside which the magnetic field could be controlled and other electromagnetic noise (like radio waves) could be blocked out. They then used electroencephalography (EEG), which records the electrical activity of the brain, to test whether their human participants responded to changes in the magnetic field manufactured inside the box. It should be noted that just because an EEG machine records your brain doing something, it doesn't mean you are necessarily aware that it's happening — so, even if we're constantly being told by our brains which way is north, it doesn't mean we're paying attention to it.

Each of the 34 participants sat in the dark, quiet chamber, hooked up to dozens of EEG electrodes while the researchers rotated the steeply-sloping field (very much like the Earth's magnetic field) around the heads of the participants, similar to what happens when we stand in a field, turning on the spot.

"We had four statistically significant strong responders at the individual level in the declination rotation experiment," says Hilburn. "We were able to retest these people multiple times, weeks or months apart, and they showed a significant response in the same direction rotation each time."

However, these individual results are not the primary judge of whether the human brain responds to magnetic fields — the group results provide a whole spectrum of responses and take into account individual variations that are common in all EEG studies. Greater than 40 percent of the individuals showed weak responses, but contributed to the group results, which is the gold standard for whether there is a human brain response to magnetic fields, according to Hilburn.

"The presence of a robust neural response to magnetic field rotations was exciting," says Hilburn. "We were not expecting this sort of result."

Overall, the effect was demonstrated in about a third of the participants, which might mean that human sensitivity to the magnetic field could have to do with genetic factors or learned sensitivity. More research will have to be done in order to fully understand the mechanism by which magnetoreception would work in humans — the results from this study will have to be replicated independently, and a consistent and reproducible effect on human behaviors would prove once and for all that humans respond to the magnetic field — but for now it's really exciting that this research is becoming more mainstream.

Learn more about magnetic fields in "Electricity and Magnetism: An Introduction to the Theory of Electric and Magnetic Fields" by Oleg D. Jefimenko. HowStuffWorks picks related titles based on books we think you'll like. Should you choose to buy one, we'll receive a portion of the sale.

Now That's Interesting
The mechanism by which animals detect Earth's magnetic field is still being researched. Some animals seem to be able to follow it like a compass, others seem to pick up electrical currents with specialized organs and others might even detect it chemically. 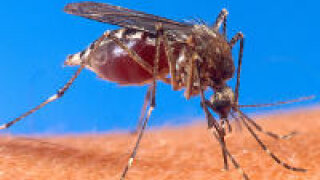 How Electromagnetic Propulsion Will Work 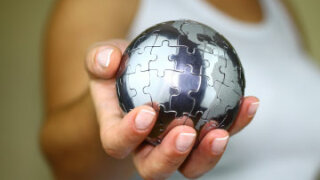