by Julia Layton
NEXT PAGE
It may not be hallucinogenic, but absinthe does have a very high alcohol content. Adam Berry/Stringer/Getty Images News/Getty Images

When absinthe — also known as the Green Fairy — was banned in France, Switzerland, the United States and many other countries in the early 1900s, it had become associated with illicit behavior. In fact, it was accused of turning children into criminals, encouraging loose morals and inspiring murders. That regular old alcohol received similar treatment during the Prohibition period in the United States turns out to be pretty apropos: We now know that properly manufactured absinthe — an anise-flavored, alcoholic drink — is no more dangerous than any other properly prepared liquor.

What about the tales of hallucinations, Oscar Wilde and his tulips, family massacres and instant death? Not absinthe's fault, technically speaking. Absinthe does have a very high alcohol content — anywhere between 55 and 75 percent alcohol by volume, which equates to about 110 to 144 proof. It makes whiskey's standard 40 percent (80 proof) seem like child's play, which is why absinthe is supposed to be diluted. Absinthe is not a hallucinogen; rather its alcohol content and herbal flavor set it apart from other liquors.

Traditional absinthe is made of anise, fennel and wormwood (a plant), and various recipes add other herbs and flowers to the mix. The anise, fennel and wormwood are soaked in alcohol, and the mixture is then distilled. The distillation process causes the herbal oils and the alcohol to evaporate, separating from the water and bitter essences released by the herbs. The fennel, anise and wormwood oils then recondense with the alcohol in a cooling area, and the distiller dilutes the resulting liquid down to whatever proof the absinthe is supposed to be (based on brand variations or regional laws). At this point, the absinthe is clear; many manufacturers add herbs to the mixture after distillation to get the classic green color from their chlorophyll.

The chemical that's taken all the blame for absinthe's hallucinogenic reputation is called thujone, which is a component of wormwood. In very high doses, thujone can be toxic. It is a GABA (Gamma-aminobutyric acid) inhibitor, meaning it blocks GABA receptors in the brain, which can cause convulsions if you ingest enough of it. It occurs naturally in many foods, but never in doses high enough to hurt you. And there's not enough thujone in absinthe to hurt you, either. By the end of the distillation process, there is very little thujone left in the product. In the U.S., thujone levels in absinthe are capped at 10 milligrams per liter, while absinthe in Europe may have 35 milligrams per liter. Modern science has estimated that a person drinking absinthe would die from alcohol poisoning long before he or she were affected by the thujone. And there is no evidence at all that thujone can cause hallucinations, even in high doses.

In view of modern analysis of the drink and its ingredients, any absinthe-related deaths can most likely be attributed to alcoholism, alcohol poisoning or drinking the cheap stuff, which, like moonshine, can have poisonous additives in it. Do not buy absinthe from some guy in an alley — you're looking at the same dangers you'd face drinking moonshine sold off the back of a truck. And unless you have a distiller in your garage, those make-it-yourself kits sold on the internet are going to help you create a really terrible tasting liquor-soaked-herb beverage, not absinthe.

For the record, that man who killed his family in Switzerland in 1905, spurring a whole slew of absinthe bans and even a constitutional amendment, was under the influence of absinthe — which he'd been drinking since he woke up that morning and throughout the rest of the day (and the day before that and the day before that). And Oscar Wilde? Well, no doubt the poet did see tulips on his legs as he walked out into the morning light after a night of drinking absinthe at a local bar — chalk it up to creative license.

Absinthe is now perfectly legal in every country in which alcohol is legal. In 2007, the United States lifted its 100-year-long ban. So once again European distillers are importing the Green Fairy stateside, and once again mixologists and absinthe enthusiasts are debating whether the newest version is truly authentic [source: Time]. 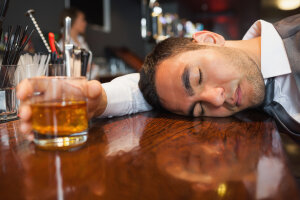 How does alcohol make you drunk?

Wearable Alcohol Sensor Could Text You if You're Too Drunk 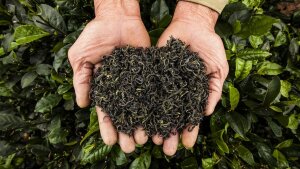