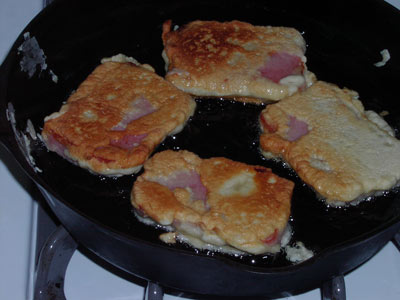 Spam has infiltrated pop culture in ways Jay Hormel could never have imagined. Perhaps the most pervasive type of Spam (much to the Hormel Company's chagrin) is the kind that shows up in your e-mail inbox. E-mail spam got its name more or less directly from the Monty Python sketch. Anyone with an e-mail address can surely relate to the wife in the skit and her difficulty coping with a world in which spam seems inescapable. The name could also come from the ubiquity of Spam during World War II. Not only was it in most K-rations, but because of the lend-lease shipment, soldiers who went to European restaurants for a nice meal often found Spam on the menu there, too. Regardless of the specific origin, the idea is the same -- both kinds of spam seem to be everywhere.

Indeed, sometimes Spam (the meat kind) does seem to be everywhere. It would be extremely difficult to find a grocery store in the United States that doesn't carry it. All 50 states enjoy their fair share of processed pork shoulders and ham, but Hawaii leads all states in Spam consumption. At three pounds of Spam per year per Hawaiian, it holds the lead by quite a wide margin [source: Wyman]. In addition to Spam festivals, there are Spam sculpting contests, Spam cooking contests, Spam cookbooks and the SpamMobile, a large blue van shaped vaguely like a can of Spam that tours the country giving out free Spam samples. Since the early '90s, Hormel has also sold an assortment of nonfood Spam products -- underwear, T-shirts, mugs and Christmas ornaments -- for those who simply love the product's kitschy reputation. Comedians regularly resort to Spam jokes, and Spam has popped up in films and TV shows. In fact, in 1995 Hormel sued the makers of a children's movie over the use of an evil piglike character named Spa'am. Hormel lost [source: Wyman].