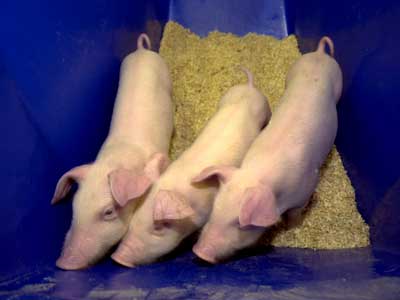 The FDA ruled that meat from cloned animals, such as these three cloned piglets, is safe to eat.
Erik S. Lesser/­Getty Images

We've been using cloned plants to decorate our homes and gardens for years. Technically, plants grown from cuttings are clones since they reproduce asexually and are genetic copies of the original. But the idea of eating meat and drinking milk from cloned animals strikes a particular fear-inducing chord with some folks. Actually, make that a lot of folks. The Food and Drug Administration (FDA) originally announced on Dec. 26, 2006, that meat from cloned cows, goats and pigs is safe to eat (as well as milk from cows and goats), but a study conducted that same year by the International Food Information Council found that 54 percent of Americans oppose its arrival in the marketplace [source: Kaplan].

­By definition, a cloned animal is an exact genetic copy of its "parent." So logic would imply that th­e composition of its milk or flesh would be exactly the same as that of the animal whose DNA scientists used to create it. To clone a specific animal -- say, a pig -- you take a donor egg from a female pig and remove the egg's nucleus, where the genetic information lives. You then insert the nucleus of a cell taken from another pig into the egg. The egg now contains the latter pig's DNA. An electric current then stimulates the egg to begin growing, and the result is a genetic copy, or clone, of that pig. ­

On Jan. 15, 2008, about a year after its initial announcement, the FDA finalized its safety ruling, green-lighting the sale of meat and milk products from the offspring of cloned animals. These offspring aren't considered clones since their cloned parents bred in the natural, birds-and-the-bees kind of way. The U.S. Department of Agriculture (USDA) also requested that manufacturers refrain from selling products from actual cloned animals to allow the market to catch up to the technology. In addition to the negative current of public opinion, cloning is a pricey venture costing more than $15,000 for a single cow [source: Pacella].

­The FDA announced in September 2008 that cloned meat and milk may already be in the nation's food supply. So what does that mean for consumers who may lose their appetite at the thought of eating cloned meat? 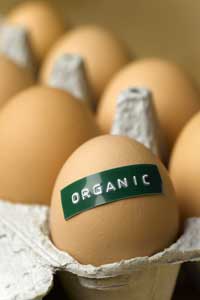