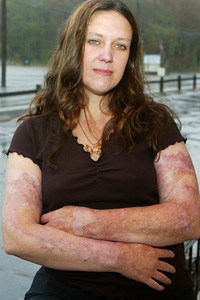 Fire is the ultimate biblical punishment. God destroyed the towns of Sodom and Gomorrah with a shower of flames and brimstone, and most imagery of hell includes promises of the same. Regardless of your faith or interpretation of scripture, it's hard to deny that a pretty powerful message is being sent. After all, even in this life, a burn injury is one of the most hellish things a body can endure.

In fact, until a few decades ago, the body usually didn't endure such trauma. Most people died from serious third-degree burns, in which both the upper and lower layers of skin (the epidermis and dermis, respectively), are destroyed. Doctors could predict a burn victim's survival rate by adding the person's age to the percentage of the body covered in burns, meaning that if a 50-year-old man came in with 60 percent of his body burned, he had a 110 percent chance of dying [source: Smith].

Skin, despite being only a few millimeters thick, serves a host of essential functions beyond just giving us something to look at in the mirror. The body's largest organ keeps our bodies hydrated, regulates body temperature and protects against bacterial infections. A burn victim is not only in constant pain, but at risk for dehydration, infection, decreased blood pressure and shock as the body loses its vital fluids.

In the past few decades, many advances have been made in treating burn victims, so that doctors no longer have to deliver terrible news about the staggering odds of survival. One crucial step forward in the 1970s was the decision to cut away the burned skin tissue as soon as possible after the victim was burned, so that the dead skin couldn't harbor life-threatening bacteria. The excision is a bloody procedure, and doctors needed to cover the open wounds to prevent infection. But what could serve this purpose? 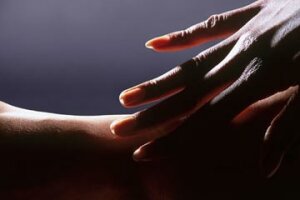