What does a patent agent do? 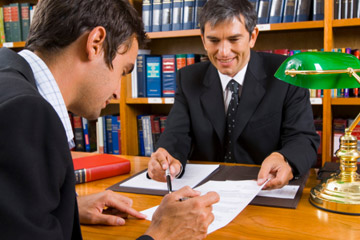 So you're an inventor and you've recently come up with a new way of repelling bears from campsites. Bear Away consists of a container that hangs from a tree and a scent that can best be described as … well, let's just say it's pungent. You're concerned someone might steal your smelly repellent and reap the rewards. How disappointing would it be to design your product, only to find a knockoff had already been released? What you need is a patent.

A patent is a grant of intellectual and property rights making it illegal for anyone else to create, market, sell or use your invention without your permission [source: U.S. Trademark and Patent Office]. In short, your idea remains in your control. So, how do you get a patent? Applying for one can be a tricky process. The assistance of someone who knows the ins and outs of the patent business can save you lots of time and, ultimately, money. That's the job of a patent agent.

A patent agent or patent attorney understands the rules and regulations regarding patents that most inventors probably don't even know exist. Sure, you can apply for a patent without the help of an agent, but it's risky. A mistake here and there could result in the Bear Away technology landing in a competitor's hands in only a couple of years. In addition, a patent agent studies all the rules that the U.S. Patent and Trademark Office makes and keeps up to date on any changes in those laws [source: U.S . Patent and Trademark Office, Ask the Inventor].

A patent agent will help you fill out the necessary forms, contact the patent office, send in your application and follow up on any issues that might arise while your patent is being processed. Issues, by the way, will almost certainly arise. A patent examiner will typically send you a list of rejections. They're items that need to be corrected or modified in order for your application to be granted. Your patent agent can help you address those items or argue against the rejections.

The cost of hiring a patent agent can vary greatly depending on the agent and the complexity of your invention -- anywhere from a few thousand dollars to $20,000 [source: Invention Statistics]. The cost, however, of not hiring a patent attorney could be even steeper. Even the smell of Bear Away can't drive off the competition.

McDonald's French Fry Oil Anti-Frothing Agent May Cure Baldness
Toilets: The Past and Future of the Flush
Recreating the Glue Neanderthals Used to Make Weapons