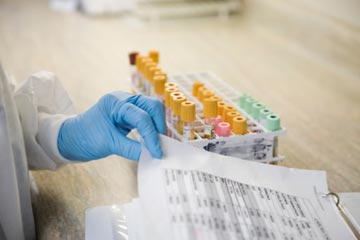 If you want to get a jump start on the patent process, you might want to file a provisional patent application.
Getty Images/Taxi/Dana Neely

Voltaire once quipped that the Holy Roman Empire was neither holy, nor Roman, nor an empire. Something similar could be said about the so-called provisional patent application (PPA). Really, it's not an application for anything, it's not examined, and it can't in itself result in any kind of patent. The term is also misleading to some people who believe it refers to a "provisional patent," which doesn't exist (though all U.S. patents are temporary, expiring after 14 to 20 years). And yet, filing a provisional patent application can greatly benefit you as you start the process of protecting your invention.

A PPA is a document describing your invention, but it's much simpler and less formal than a regular patent application, and carries a smaller filing fee. It's not required to file a PPA -- you can skip ahead to the formal application if you wish. But the purpose of the PPA is to allow inventors to establish an early priority date for their idea. However, in order to hold on to that early priority date, you must file the formal patent application within one year of filing the PPA.

In most countries, it doesn't matter who first invented an idea -- the patent is given to the first person who files the patent application (first-to-file). But the United States is different in that it uses the first-to-invent system, giving priority to the true inventor. As long as the inventor was diligent in pursuing the invention (such as making a prototype), he or she will be entitled to the U.S. patent. However, if the inventor is not the first to file, this could result in costly, time-consuming interference proceedings to settle the dispute.

The United States Patent and Trademark Office (USPTO) therefore introduced the PPA in 1995 to give inventors an easier way to establish a priority date, as well as to help them in getting foreign patents. Unlike a formal patent application, a PPA is not examined on its merits. And if you fail to file a formal application within 12 months of the PPA filing date, you lose your priority date -- and nothing happens.

So, what should go into a provisional patent application?

What to Include in a Provisional Patent Application

We mentioned that a PPA is less formal than a regular patent application because it doesn't get examined for its merits. For instance, it doesn't have to include claims, which declare the legal scope of your invention and are the most important element of a formal application. But the PPA should include some important elements if you wish to take advantage of it effectively.

Most importantly, the PPA should include a clear and complete description of the invention. The description should explain in detail how to make and use the invention. If applicable, you should also include any drawings needed to support the description. It's wise to put as much information in the PPA as possible so that, later on, it can adequately support the formal application in case any dispute comes up that questions priority. Beyond the description and drawings, you need to include a cover sheet and free transmittal form, the fee itself, and (if you don't file electronically) a return receipt postcard.

Patent examiners generally advise inventors to file a PPA. Because the fee is much lower than that of a formal application, the PPA is a low-cost way to start protecting your invention early. Experts say it's especially important to file a PPA if you aren't able to build and test your invention right away [source: Pressman]. Without filing or building your invention (with records and witnesses), you'll have trouble proving you were the first to invent.

As you might know, utility and plant patents last for 20 years starting on the date you filed the patent application (you can't file a PPA for a design patent). But you can file a PPA without worrying that it will begin your 20-year patent term. Although a PPA gives you the benefit of a priority date, the term of the patent doesn't start until the filing date of the formal patent application. However, you're permitted to use the "Patent Pending" notice as soon as you file a PPA [source: USPTO].

The patent examiner's next piece of advice? Get an attorney to help you through the rest of the complicated patent process.

A Disadvantage to the PPA

Does Flat Beer Lose Its Alcohol Content?
How Spam Works
Why do we experiment on guinea pigs?