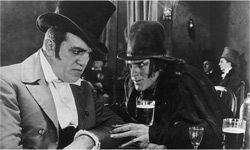 The Scottish author Robert Louis Stevenson gave us a fairly succinct cautionary tale against self-experimentation when he published "The Strange Case of Dr. Jekyll and Mr. Hyde" in 1886. In the novel, Dr. Henry Jekyll, a law-abiding and generally mild-mannered member of society, experiments on himself with a concoction that turns him into an amoral and violent version of himself, the repugnant and murderous Mr. Hyde.

With only himself as both test subject and experimenter, Jekyll loses control of his experiment and finds he's transforming into Hyde without the aid of the drug. As investigators close in on his secret, he takes his own life. At least one moral of the story is pretty clear: Don't use yourself as a human guinea pig.

When Stevenson's story was published, it was amid an age where self-experimentation was common, rampant, even. Researchers in all fields concluded that there was no better person to describe the effects of a drug, medical procedure or malady than themselves and conducted experiments as test subjects and scientists.

Today, self-experimentation is abhorred by the scientific establishment. It's dangerous for one and it also makes impossible a hallmark of scientific research, the double blind study, since the experimenter knows there is no control or placebo. But over the centuries, self-experimenting researchers have contributed a great deal to our understanding of the brain, medicine and physiology. This list is an incomplete ode to those people who put science ahead of their own health.