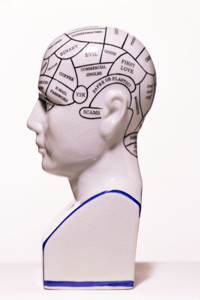 At a period when many researchers were exploring the now-defunct field of phrenology, Hermann Ebbinghaus created the methodology still used today to explore cognitive function.
Brian Hagiwara/Brand X Pictures/Getty Images

Experimental psychology has also received a boon from researchers willing to self-experiment. Perhaps chief among them is German psychologist Hermann Ebbinghaus. He was among the first to apply the rigors of traditional sciences like physics and medicine to the investigation of higher cognitive functions, specifically, human memory. Ebbinghaus provided the methodology and for studying the mind, as well as data, that's still in use by psychologists today.

From 1879 to 1880, Ebbinghaus conducted a self-experiment of his memory by devising a series of 2,300 nonsensical syllables, each consisting of a consonant-vowel-consonant three-letter string, which he committed to memory [source: Abbot]. Ebbinghaus went to the trouble of creating his own set of syllables in order to reduce the chance that he would retain the memory of real syllables using prior association with them. In other words, he may have a fond memory of ice skating raised by the syllable skÄ-, and thus this might give his memory an additional boost that could skew the results.

Ebnbinghaus observed from his first, one-year experiment and a follow-up experiment in 1883, a number of aspects of human memory that we now take for granted today. He concluded that the larger the increase in the amount of material to be learned, the greater the time it takes to learn it; once the material is learned and forgotten, it takes less time to relearn it than it took to originally learn it; and that learning is most effective when the brain has time to absorb the information, a finding which to this day still discounts cramming for exams [source: Plucker].