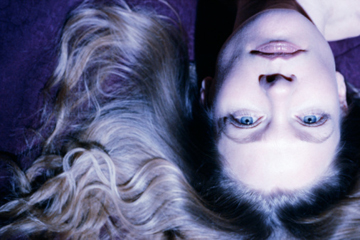 On days one through three this would have looked fairly normal to George Stratton during his inversion lens experiment.
©Getty Images/Thinkstock Images

Every once in a while, a researcher has subjected himself to an experiment that would drive just about anyone else mad. Such was the case with George Stratton, a psychologist at the University of California in the 1890s. The visual information our retinas receive is inverted upside-down; once it reaches the brain, the electrical impulse is inverted again so that we perceive objects in our environment as right-side up. Stratton wanted to find out if theories that suggested inverted information was necessary for us to perceive things as upright were correct.

To find out, Stratton got his hands on a pair of inverted lens, which essentially flip the world upside down when the wearer puts them on. In his first attempt at experimenting, Stratton found two lenses were too much to bear. Instead, he fastened one lens before one eye, blindfolded the other and began an eight-day, mind-bending experiment.

In the paper presenting his findings, Stratton wrote, "All images at first appeared to be inverted; the room and all in it seemed upside down. The hands when stretched out from below into the visual field seemed to enter from above. Yet although these images were clear and definite, they did not at first seem to be real things, like the things we see in normal vision, but they seemed to be misplaced, false, or illusory," [source: Stratton]. On day four, Stratton began to see environment as right-side up once more and after five days he was able to carefully move about his house [source: Cullari]. Stratton had proven that visual information can be presented either way to the brain, which will eventually adapt.