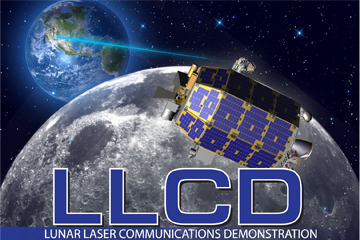 When lasers were first invented, they were called a solution looking for a problem. Everyone thought they were as cool as Bose-Einstein condensate, but no one quite knew what to do with these devices that could produce a highly focused beam of light.

Today, lasers have become one of the world's most important technologies, used in industries ranging from information technology to telecommunications, medicine, consumer electronics, law enforcement, military equipment, entertainment and manufacturing.

From the earliest days of laser development, researchers realized that light could outperform radio in terms of information speed and density. It came down to physics. Light wavelengths are packed much more tightly than sound waves, and they transmit more information per second, and with a stronger signal. Laser communications, once achieved, would be the bullet train to radio's wagon train [sources: Hadhazy; Thomsen].

In a sense, lasers have been used in communications for years. We transfer information via laser every day, whether by reading CDs and DVDs, scanning bar codes at checkout lines or tapping the fiber optic backbone of phone or Internet services. Now a more direct approach, one that will allow high throughput point-to-point communication -- over vast distances, through air or space, with little data loss -- is on the horizon.

It's been a while getting here. As far back as 1964, NASA toyed with the idea of using lasers for airplane communications. The idea was to convert a pilot's voice first into electric pulses, then into a light beam. A receiver on the ground would then reverse the process [source: Science News Letter]. In October 2013, NASA realized and far exceeded this vision when a craft orbiting the moon sent data to an Earth station via a pulsed laser beam -- 239,000 miles (384,600 kilometers) of transmission at an unheard-of download rate of 622 megabits per second (Mbps) [source: NASA]. By comparison, high-speed consumer data plans are usually measured in the tens of megabits.

And high-speed, high-density is the name of the game. For most of its history, NASA has engaged in audacious missions of exploration only to be hampered by the equivalent of dial-up download speeds. With laser communications, the agency is entering the high-speed age, opening the door for, among other applications, high-quality video transmissions from future rovers.

NASA isn't alone. Cryptographers and security experts look to lasers as a tight-beamed, near-instantaneous delivery system, while the new breed of high-frequency traders on Wall Street are willing to pay big bucks for any connectivity that can shave milliseconds off of their trade times. Computer manufacturers, nearing the limits of what's achievable with copper and silicon, are researching possible laser applications as well.

When speed is everything and light marks the universe's speed limit, lasers are bound to be the answer -- if the technology can be made practical.

The Next Best Thing to Being There

The goal of communications technologies is to convey information quickly, completely and accurately. If you've ever had dinner with a boor, then you know how little information a wall of noise can contain; if you've ever played the game telephone, you've experienced how meaning can be mangled when poorly relayed.

Modern electronic communication requires a sending device that can encode any data into a transmittable form and a receiver that can distinguish between the message (signal) and its surrounding line static (noise). Information theory, a mathematical model pioneered by U.S. engineer Claude Shannon in 1948, provided the framework that ultimately solved this problem and made technologies like the cell phone, the Internet and the modem possible [source: National Geographic].

In principle, laser communication systems resemble the modems that we have used in our homes since the rise of the Internet. Modem stands for MODulation-DEModulation, a process in which digital information is converted to analog for transmission, then back again. Early acoustic modems used sound waves for transmission over phone lines. Optical modems move from sound to a higher-frequency part of the spectrum, light.

It's not an entirely novel concept. Audiovisual devices with optical audio, such as many DVD players, use a modem-like device called a transmission module to convert digital signals to LED or laser light, which then travels along fiber optic cable to a destination component such as a television or audio receiver. There a light reception module converts the light back into a digital electrical signal suitable for speakers or headphones.

With the experiment's success, the future of laser communications just got a bit brighter, but is there a market for such technology outside of the space agency? You bet there is.

Fiber optics, first made practical by British physicist Harold Hopkins in 1952, gradually overtook electronic cable as the technology was improved by more precisely tunable lasers and higher-quality fiber. Today, it is the go-to tech for communications -- at least until FSO communication becomes more efficient and effective. The technology, which transmits data using light pulses bounced along internally reflective glass or plastic cable, can carry more information per second, for longer distances and without degradation, than can electric pulses along copper wires [source: National Geographic; Thomsen].

Laser communications may be a boon for space exploration, but far more earthly pursuits will determine its fate as a commercial technology.

Take, for example, Wall Street's emerging breed of high-speed traders who leverage the power of quantitative analysis, the speed of premium broadband and a multiplicity of microtransactions to pile up earnings one fractional penny at a time. For a business built on "robo-traders," computer algorithms making millisecond trades according to a set of rules, transmission time is money, and lasers are the fastest game in town [sources: Adler; CBS News; Strasburg].

To squeeze the most out of each trade, companies like Spread Networks invested in the best available fiber and cut every kink and curve they could from the data hoses connecting trade capitals like Chicago, New York, London and Tokyo (each extra mile adds about eight microseconds to data round-trips). When that wasn't fast enough, others groups, like McKay Brothers and Tradeworx, cast fiber optics aside in favor of microwaves beamed through the air. Though only a step above radio in terms of power and speed, microwaves travel faster through air than light passes through fiber optics [sources: Adler; Strasburg].

Lasers would potentially post the fastest speeds of all; the speed of light through air is nearly as fast as in a vacuum, and could traverse the 720 miles (1,160 kilometers) separating New York and Chicago in about 3.9 milliseconds -- a round-trip (aka latency) of 7.8 milliseconds, compared to 13.0-14.5 milliseconds for new fiber optic systems and 8.5-9.0 milliseconds for microwave transmitters [source: Adler].

In the security sphere, lasers and other optical communications systems offer more secure communications -- and the means to eavesdrop on them. Quantum cryptography takes advantage of a property of quantum physics -- namely, that a third party cannot detect the quantum state of the photonic encryption key without altering it and, therefore, being detected -- to establish highly secure communications using beams of photons created by attenuated lasers [sources: Grant; Waks et al.]. In fall of 2008, researchers in Vienna began experimenting with a quantum Internet based in part on this principle [source: Castelvecchi]. Unfortunately, lasers have also been used to intercept and spoof such signals in a non-quantum way, thereby circumventing detection. Quantum encryption companies are working to address the problem [sources: Dillow; Lydersen et al.].

The high-speed data communications possible between networks is just the tip of the iceberg as to what is possible with laser communications, many of which derive from the lack of physical connection required. Beams can connect computer chips within computers, cross lands and roads without requiring right-of-way or ownership, and be erected as temporary networks during battles or in disaster conditions. They can provide network redundancy, connect existing optical networks or take us closer to converged voice-data infrastructure -- all with high speed, low error rates and immunity to electromagnetic interference [sources: Carter and Muccio; Markoff].

Laser communications are another great example of how we're living in the future, but I'll always associate the concept with an episode from the past. During the Cold War, Léon Theremin -- inventor of video interlacing as well as the namesake electric instrument heard in scores of science fiction films -- developed a light-based listening device capable of remotely bugging an office (it was actually a low-power infrared beam, not a laser). It worked by detecting the vibrations on a pane of glass caused by the sound pressure generated by voices within the target room. The Soviets used this device, the ancestor of modern laser microphones, to eavesdrop on various embassies in Moscow.

What Are Corresponding Angles and How Do You Find Them?
How Alcohol Works
What if I put aluminum foil in the microwave?