Bad Seed: Living Next Door to a Grow House 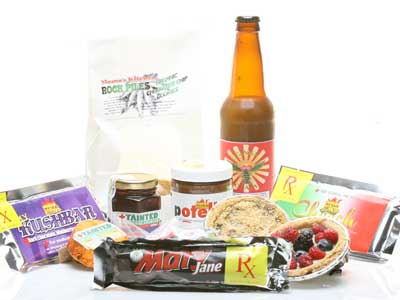 Imagine neighbors who don't ask to borrow your tools, never throw loud house parties and keep a low profile. So what if they aren't that friendly, at least they don't keep you up at night. Why should their massive, midnight deliveries of plant food and blacked-out windows make you nervous?

­The police aren't the only critics -- real estate agents, residents and even small-time medical marijuana growers have voiced concerns over grow houses in suburban areas. Safety is the key concern. Whether you see marijuana as a harmless herb or a serious threat to civilization, its status as an illegal drug means a potentially dangerous criminal element may be involved in a grow house operation. Your neighbors might actually be illegal immigrants forced to work off a smuggling debt or armed criminals intent on protecting their crops.

Grow houses also pose considerable fire risks due to custom electrical rewiring and the use of hot grow lamps. And when growers pirate electricity from the local power grid, they often put the entire neighborhood at risk for electrocution and fire. And if you're at all concerned about the environmental impact of coal-burning power plants, you might want to adopt a harder stance against indoor marijuana operations. Grow houses often consume six times more electricity than a typical family, maxing out transformers in the process [source: Arcata Eye]. All of that energy puts an additional strain on power plants, producing even more pollution.

In the Pacific Northwest, former grow houses have often resold for more than the growers paid for them, but this isn't always the case [source: Kaste]. When grow house operators leave a property or wind up behind bars, many homes are left a gutted shambles due to rewiring, water damage and a general disregard for any future human habitation. Real estate professionals charge that these operations can lower the price of the house and surrounding homes. Plus, families often have a hard enough time finding a suitable house under normal market conditions. But when your house-hunting competition also includes criminal organizations looking for a dozen homes to grow pot in, selection grows more limited and prices go up.

Want to learn more about marijuana? Explore the links below and allow us to shotgun you even more information.