Prev NEXT
Poison ivy isn't the only plant that can cause a rash. Poison sumac, seen here, can also cause outbreaks. Troy Evans, Used Under Creative Commons (CC BY-NC 3.0 US)

Poison ivy causes a red, itchy rash caused by the plant that bears its name. Many people get it when they are hiking or working in their garden and accidentally come into direct contact with the plant's leaves, roots or stems. The poison ivy rash often looks like red lines, and sometimes causes blisters.

About 85 percent of people are allergic to the urushiol in poison ivy, according to the American Academy of Dermatology. Only a tiny amount of this chemical — 1 billionth of a gram — is enough to cause a rash in many people. Some people may boast that they've been exposed to poison ivy many times and have never gotten a rash, but that doesn't necessarily mean they're not allergic. Sometimes the allergy doesn't emerge until after being exposed several times, though some people develop a rash after their very first contact. It may take up to 10 days for the rash to emerge the first time.

Because urushiol is found in all parts of the poison ivy plant — the leaves, stems and roots— it's best to avoid the plant entirely to prevent a rash. Poison ivy grows almost everywhere in the United States (with the exception of the Southwest, Alaska and Hawaii). The general rule to identify poison ivy, "leaflets three, let it be," doesn't always apply. Poison ivy usually does grow in groups of three leaves, with a longer middle leaf — but it can also grow with up to nine leaves in a group.

Other ways to identify the poison ivy plant:

Poison ivy's cousins, poison oak and poison sumac, each have their own unique appearance.

Poison oak grows as a shrub and can reach 1 to 6 feet (.3 to 1.8 meters) in height. It is typically grows on the West Coast and in the South, in dry areas such fields, woodlands and thickets. Like poison ivy, the leaves of poison oak are usually clustered in groups of three. They tend to be thick, green, and hairy on both sides.

Poison sumac mainly grows in moist, swampy areas in the Northeast, Midwest and along the Mississippi River. It is a woody shrub made up of stems with rows of seven to 13 smooth-edged leaflets.

We'll look at how poison ivy affects the immune system in the next section. 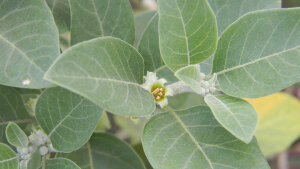 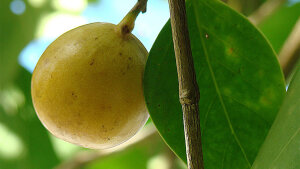