There are two ways that a cell can die: necrosis and apoptosis. Necrosis occurs when a cell is damaged by an external force, such as poison, a bodily injury, an infection or getting cut off from the blood supply (which might occur during a heart attack or stroke). When cells die from necrosis, it's a rather messy affair. The death causes inflammation that can cause further distress or injury within the body.

Apoptosis, on the other hand, is relatively civil, even though it may not sound so at first -- it's when a cell commits suicide. How is that better than necrosis? For one thing, the cleanup is much easier. It's sometimes referred to as programmed cell death, and indeed, the process of apoptosis follows a controlled, predictable routine.

When a cell is compelled to commit suicide (we'll get to the triggers for apoptosis in just a minute), proteins called caspases go into action. They break down the cellular components needed for survival, and they spur production of enzymes known as DNases, which destroy the DNA in the nucleus of the cell. It's like roadies breaking down the stage in an arena after a major band has been through town. The cell shrinks and sends out distress signals, which are answered by vacuum cleaners known as macrophages. The macrophages clean away the shrunken cells, leaving no trace, so these cells have no chance to cause the damage that necrotic cells do.

Apoptosis also differs from necrosis in that it's essential to human development. For example, in the womb, our fingers and toes are connected to one another by a sort of webbing. Apoptosis is what causes that webbing to disappear, leaving us with 10 separate digits. As our brains develop, the body creates millions more cells than it needs; the ones that don't form synaptic connections undergo apoptosis so that the remaining cells function well. Programmed cell death is also necessary to start the process of menstruation.

That's not to say that apoptosis is a perfect process. Sometimes, the wrong cells kill themselves off, and sometimes, the ones that should say "auf Wiedersehen" stick around instead. This brings us to our discussion of the triggers of apoptosis. Rather than dying due to injury, cells that go through apoptosis die in response to signals within the body. When cells recognize viruses and gene mutations, they may induce death to prevent the damage from spreading. When cells are under stress, as may happen when free radicals are on the loose or when a person undergoes radiation, apoptosis can occur. But there are also signals within the body that send the message that a cell should continue living. All cells have varying level of sensitivity to the positive and negative triggers, so sometimes the wrong cells live and die.

Scientists are trying to learn how they can modulate apoptosis, so that they can control which cells live and which undergo programmed cell death. Anti-cancer drugs and radiation, for example, work by triggering apoptosis in diseased cells. Many diseases and disorders are linked with the life and death of cells -- increased apoptosis is a characteristic of AIDS, Alzheimer's and Parkinson's disease, while decreased apoptosis can signal lupus or cancer. Understanding how to regulate apoptosis could be the first step to treating these conditions. 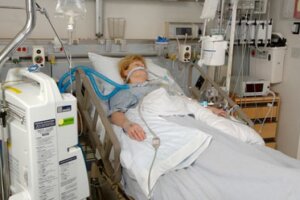