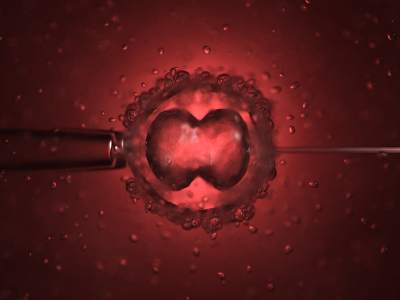 In a small laboratory in Philadelphia, Penn., in 1965, a curious young biologist conducted an experiment that would revolutionize the way we think about aging and death. The scientist who conducted that experiment, Dr. Leonard Hayflick, would later lend his name to the phenomenon he discovered, the Hayflick limit.

Dr. Hayflick noticed that cells grown in cultures reproduce by dividing. They produce facsimiles of themselves (by a process known as mitosis) a finite number of times before the process stops for good and the cell dies. In addition, cells frozen during their lifetimes and later returned to an active state had a kind of cellular memory: The frozen cells picked up right where they left off. In other words, interrupting the cells' life span did nothing to lengthen it.

Hayflick found that cells go through three phases. The first is rapid, healthy cell division. In the second phase, mitosis slows. In the third stage, senescence, cells stop dividing entirely. They remain alive for a time after they stop dividing, but sometime after cellular division ends, cells do a particularly disturbing thing: Essentially, they commit suicide. Once a cell reaches the end of its life span, it undergoes a programmed cellular death called apoptosis.

When a new cell is born from an older one through cell division, it begins its own life span. This span appears to be governed by DNA, located in the nucleus of a cell. A student of Hayflick's later found that when he removed the nucleus of an old cell and replaced it with the nucleus of a young cell, the old cell took on a new life. The old cell's life span took on that of a young cell. Like any other cell (except for stem cells), it divided most rapidly early in its lifetime, eventually slowing cellular division as it aged, before stopping altogether and undergoing apoptosis.

The implications of the Hayflick limit are staggering: Organisms have a molecular clock that's inexorably winding down from the moment we're born. We'll explore that idea further on the next page.

Why do cells commit suicide?

When Dr. Leonard Hayflick performed his experiments using human cells grown in a culture, he managed to pull back the curtain on an ancient process that essentially prevents immortality. The process of cellular death exists within our genetic code. The nucleus of a diploid cell (a cell with two sets of chromosomes) is comprised of DNA information contributed by each of an organism's parents. Since the key to the Hayflick limit is found in the cell's nucleus, we are basically programmed to die. Why is this?

There are several reasons why a cell should be programmed to die after a certain point. In the developmental stages, for example, human fetuses have tissue that creates some webbing between our fingers. As we gestate, this tissue undergoes apoptosis that ultimately allows our fingers to form. Menstruation -- the monthly process of shedding the lining of the uterus -- is also carried out through apoptosis. Programmed cellular death also combats cancer (defined as uncontrolled cellular growth); a cell that turns cancerous still has a life span like any other cell and will die out eventually. The drugs used in chemotherapy are meant to accelerate this process by triggering apoptosis in cancerous cells.

Apoptosis is the result of several signals from both inside and outside a cell. When a cell stops receiving the hormones and proteins it needs to function or sustains enough damage to stop functioning properly, the process of apoptosis is triggered. The nucleus explodes and releases chemicals that act as signals. These chemicals attract phospholipids that engulf the cell fragments, degrade the individual chromosomes and carry them out of the body as waste.

Clearly, apoptosis is an intensely regulated and highly refined process. How, then, could we ever possibly thwart it? Let's find out on the next page.

When all of the cells created in the human body before birth (and all of the cells these cells produce) are multiplied by the average time it takes for cells to reach the end of their lives, you get roughly 120 years. This is the ultimate Hayflick limit -- the maximum number of years that a human can possibly live. What's strange is that the Biblical book of Genesis (6:3) explicitly states that humankind's days "shall be one hundred years and twenty" [source: Cramer]. It's worth mentioning, though, that this life span is later amended in Psalms 90:10, which says we can live to age 70; 80 years at the most [source: Bible Gateway]. 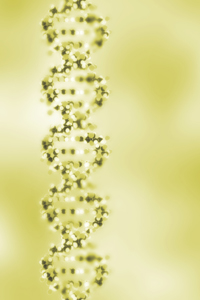