Why does having too many options make it harder to choose? 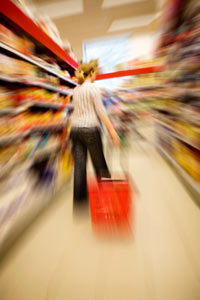 Sometimes the more choices we have when we are shopping, the more overwhelmed we can get.
iStockphoto/Thinkstock

If you've ever dashed into the grocery store to pick up a tube of toothpaste, you've likely been stopped in your tracks by the glut of options available. There are at least more than a dozen brands, each one presenting several different specialties of cleaning ability: anti-cavity, whitening, better breath and healthier gums. Add to that the different costs, flavors and colors, and before you know it, an employee is asking you to make your way to the registers so the store can close.

But it's not just the number of options that gives us pause -- it's the amount of information each option has that trips us up, too. Social scientist Barry Schwartz interprets research on the subject to mean, in part, that an abundance of choices and information may make us falsely believe that the stakes are higher than they really are regarding the outcome of our decision [source: Caldwell]. He suggests that because we are presented with so much information, the overload of options and data leads us to falsely believe that, even a fairly mundane task like shopping for toothpaste, has great significance than it really does [source: Schwartz].

Schwartz also points out that our increased ability to access information through the Internet can actually make matters worse. Inundated with results from a simple Web search, we must now choose which site among the hundreds of thousands to begin our evaluation.

Our goal is to make the "perfect" choice. When we make decisions, we're motivated not only by the opportunity for gain, but also by the fear of loss. The decision-making process isn't a purely analytical one -- researchers using functional magnetic resonance imaging on subjects who were faced with decisions discovered that the process of making a choice lights up portions of our brains that deal with regret and emotional memories: the medial orbitofrontal region, the anterior cingulate cortex and the hippocampus [source: Coricelli, et al].

But what we may regret most, according to Schwartz, is the extra time spent analyzing and comparing each and every bit of information, which can lead to frustration and fatigue, ultimately diminishing our decision-making ability.

One good approach is to place a value on the time it takes to make your decision, compared to the value of the decision itself. In the case of toothpaste, you probably serve your interests sufficiently by quickly choosing any toothpaste that keeps white teeth securely rooted in your minty mouth. 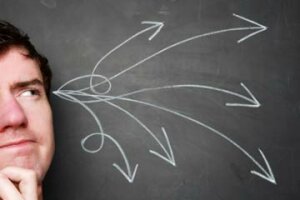 How do we make decisions?