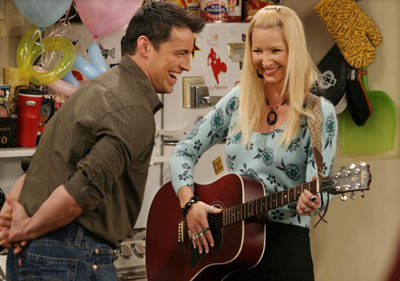 In an episode of the TV sitcom "Friends," entitled "The One Where Phoebe Hates PBS," two characters -- Phoebe and Joey -- engage in a contest based on the theories of philosopher Immanuel Kant.

Is there such a thing as a truly unselfish act, they wonder, one in which someone benefits while the person performing the act receives nothing in return? Joey believes not; Phoebe sets out to prove him wrong. After several failed attempts, Phoebe lets a bee sting her "so it can look cool in front of its bee friends." Surely, she believes, this is a selfless act: Phoebe allowed herself to be hurt so that the bee could benefit. Nope, Joey points out -- the bee likely died soon after losing its stinger in Phoebe's arm.

More resolute than ever, and with the end of the show looming near, Phoebe tries one last-ditch effort. Despite having a deep dislike for the Public Broadcasting Service (PBS), she makes a $200 pledge to the local station during a fund drive in which Joey is taking calls. This act would seem to have all of the hallmarks of selflessness: Phoebe wants to spend her money elsewhere, but instead gives it to an organization she dislikes. Even better, her phone call lands Joey, a struggling actor, on camera. But Phoebe's act has an unintended benefit. She feels good that her benevolence inadvertently helped her friend. In other words, Phoebe got something out of it (a good feeling), and her selfless act is ruined.

Ultimately, Phoebe finds what philosophers, social scientists and neurologists have all discovered: It's difficult to prove the existence of a truly selfless act. But why would we humans possess a sense of selflessness -- or altruism -- in the first place? Is there a biological basis for your good deeds? Find out on the next page. 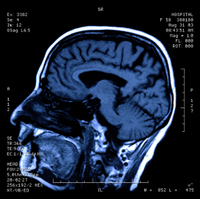 MRI scans like this one can detect which areas receive oxygen (and are thus active). These scans have shed light on our sense of altruism.
iStockPhoto

Whenever researchers use magnetic resonance imaging (MRI) to observe test subjects as they perform a particular task, it seems that some new secret of our brains is unlocked. Altruism is no exception.

One 2006 study focused on anonymous charitable donations, which are pretty specific altruistic acts: The giver receives no tangible reward, he or she gives away hard-earned money to benefit a total stranger, and he or she cannot expect any thanks, since the donation is anonymous. It’s altruism at its purest.

But researchers found that the subjects that contributed to charities did receive some benefit: the warm-fuzzies. In the study, 19 female volunteers had a choice: They could keep money or donate it to charities of differing ideologies. The researchers found that giving money activated the same reward center in the brain that was activated when the participants received money [source: Moll, et al.].

Another study the following year also used MRI to study the phenomenon of altruism. The researchers in this study, however, concluded that people aren’t altruistic because they receive a good feeling when they perform a selfless act, but because they perceive others are like them. The researchers found that the area of the brain that is activated when people analyze social bonds indicates that before we do something nice for someone else, we might first examine whether or not that person would reciprocate if the shoe were on the other foot [source: Duke University]. If we think someone else would act altruistically toward us, the study suggests, we would be more likely to act altruistically toward that person.

But why would we possess such a trait?

According to evolutionary theory, behaviors develop when they help living things to survive. Animals feel discomfort when they're hungry, signaling it’s time to eat. A plant might shed its leaves in the fall to create a protective mulch barrier for the winter. Flora and fauna survive by looking out for themselves. By this logic, altruism shouldn’t even exist.

“For any behavior to survive natural selection, it needs to help an animal or its genetic material,” writes author Sophie F. Dingfelder [source: APA]. So the idea that we have a natural imperative to help others at our own detriment flies in the face of evolutionary theory. Altruism must serve some unseen purpose that favors our survival. So what is it?

One of the more commonly cited examples of altruism is a mother risking her own life to save her child’s. “To an evolutionary theorist this is an obvious case of kin selection,” writes the University of Michigan’s Daniel J. Kruger [source: Kruger]. The belief that altruism is kinship-based, meaning our blood relatives are generally the beneficiaries of our altruism, lends itself to an extension that altruism exists to protect the genetic line.

Author Richard Dawkins, in his book, “The Selfish Gene,” considers humans as mere “vehicles” for a genetic line [source: Swerdlow]. Since we pass on half of our genes, when we protect our offspring or blood relatives at the risk of our own lives, our altruistic behavior is merely our genes acting to protect their lineage.

There are other interpretations of altruism within the sciences, however. One explanation posits that altruism lies not within some genetic urge, but outside ourselves. Read about the social implications of altruism on the next page.

The Implications of Altruism 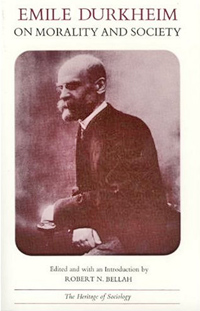 In his theories concerning morality, French sociologist Emile Durkheim stripped any application of terms like "good" to describe acts of altruism. To Durkheim, altruism existed outside of the individual; it was an external social force prescribed and demanded not for the benefit of any individual, but for the benefit of society -- simply to keep it intact.

Durkheim defined altruism as "the violent and voluntary act of self-destruction for no personal benefit," and "the opposite of rational self-interest" [source: Dubeski]. To the sociologist, behaviors like altruism exist because the needs of the society and the needs of the individual are at odds. Since people perceive the collective group to be more important than the individual, self-sacrificing behavioral concepts, like altruism, are required to keep the individual in line and subservient to the greater good.

Although Durkheim's critics say he jumps to conclusions in his explanation for altruism and morality in general, other anthropologists side with his interpretation. Some consider it an impossibility for society to have developed without the cooperation altruism fosters [source: Logan].

The implication that altruism is an external social mechanism is called social subjectivism, "the notion that truth and morality are creations of the mind of a collective (a group) of people" [source: Capitalism Magazine]. It means that we as a group have managed to create an intangible ideal like altruism and placed a high value on it. People see those who make personal sacrifices for the common good (or for the good of another person) as noble and admirable. If Durkheim and others who share a like mind about altruism are correct, then we have bought into altruism so deeply that our brains have evolved to deliver pleasure to us when we perform selfless acts.

To individualists (or egoists), the concept of altruism as a social fabrication is a dangerous thing. It defies true human nature in the egoists' opinion. "Each man takes responsibility for his own life and happiness and lets others do the same. No one sacrifices himself to others, nor sacrifices others to himself" [source: Strata]. In the eyes of an egoist, altruistic behavior allows people to be exploited by totalitarian governments: "Let us remember that under totalitarianism and state terror no one is accorded the moral right to exist as an end in himself, but must exclusively for particular others … or for a particular vision of society" [source: Dubeski]. Altruism, in this view, is an aspect of subservience, with the added benefit of being duped into feeling good about it.

It seems like we've gone a bit far afield to answer such a seemingly simple question: Is there such a thing as a truly unselfish act? If MRI evidence is accurate, then we have the reward system to contend with. If evolutionists are correct, then we perform altruistic acts in order to ensure the survival of our genes. And if subjectivists are right, then we're altruistic merely because we conform to social standards. So far, the existence for a truly unselfish act isn't looking good.

But there are two silver linings to this dark cloud. Although we are rewarded one way or another by performing an altruistic act, it still remains up to the individual whether or not to perform one. And if helping one another feels good, does that make it any less worthwhile?

For more information on the way your brain works, evolution and other related topics, visit the next page.